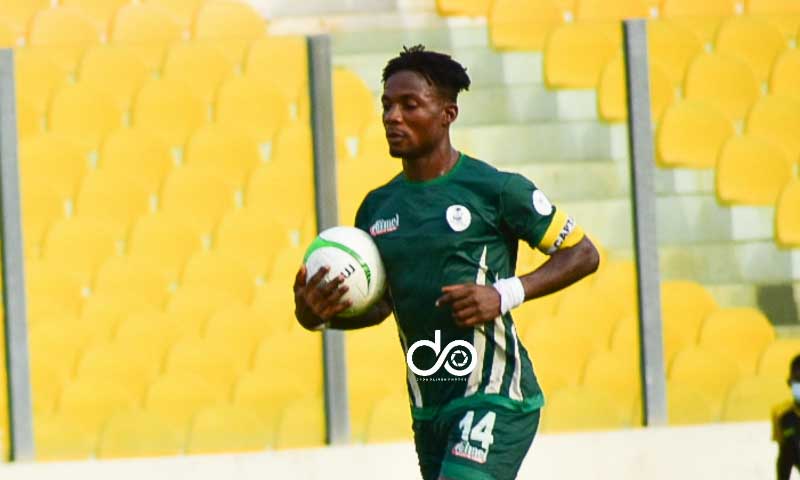 The enterprising forward has enjoyed a successful season with the Isha Allah boys in the just-ended campaign scoring 12 goals with his goals contributing most points for the club to escape relegation.

The Black Meteors attacker also scooped 7 man of the match awards and has become a subject of interest for several clubs locally and internationally.

In an interview with Kumasi based Nhyira FM, the enterprising forward shared he mimics the all-time top scorer style of celebration whenever he scores.

“I have two idols in football, Asamoah Gyan and Thierry Henry but I copied my goal celebrations from Asamoah Gyan” he said.

Kwame Peprah could leave King Faisal following his swashbuckling performance as he is courted by numerous number of clubs.