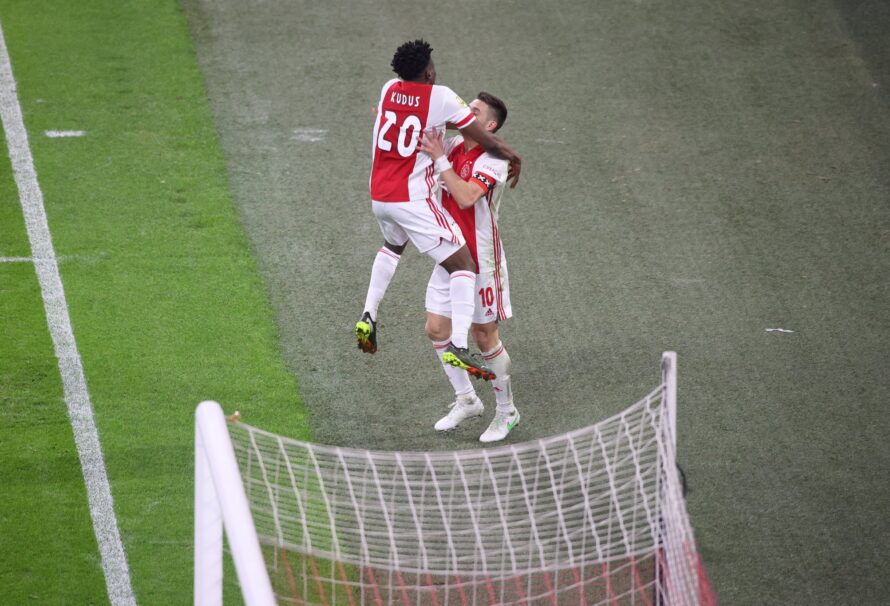 Ghanaians attacker  Mohammed Kudus was on target for Ajax Amsterdam in their  4-2 win over Sparta Rotterdam in the Dutch Eredivisie.

Kudus who was handed his first start since retuning from injury scored his side’s third of the game as they run riot at the Johan Cryuff Arena.

A brace from Sebastian Haller and a strike from Perr Schuurs ensured that Ajax held on to win 4-2 at home despite two consolation from Danzell Gravenberch.

He was withdrawn on the 59th minute for Davy Klassen.

The goal was his second for the club since joining them from Nordjaelland at the beginning of the season.