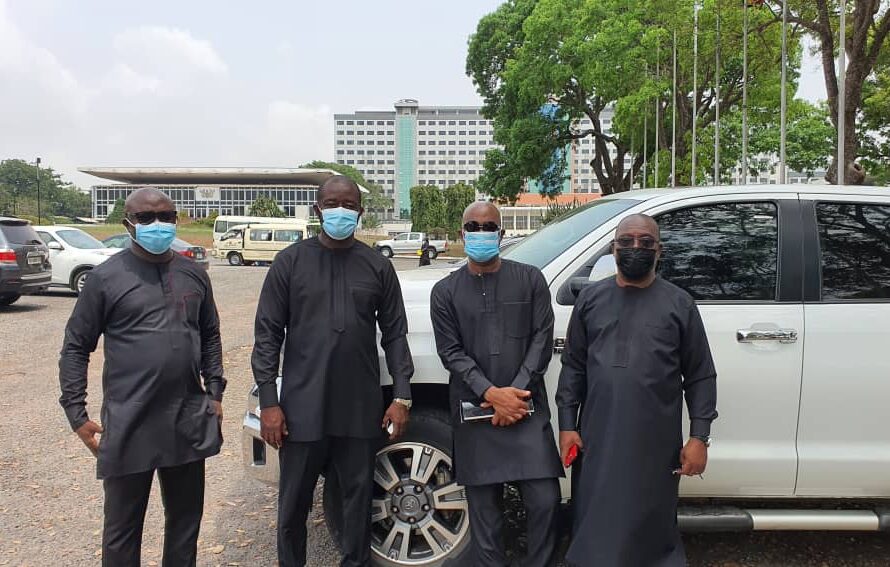 Mr Frank Quist passed on in November 2020 after losing a battle with illness. He was on admission at the 37 Military Hospital before finally giving up the ghost on Monday November 16.

The Ghana FA boss accompanied by the General Secretary of the Association as well as other football officials visited the funeral grounds of the former Chief Director to commiserate with family and also pay their last respect as per customary demands.

While at the grounds, the GFA boss paid their tributes while also consoling the bereaved’s family.