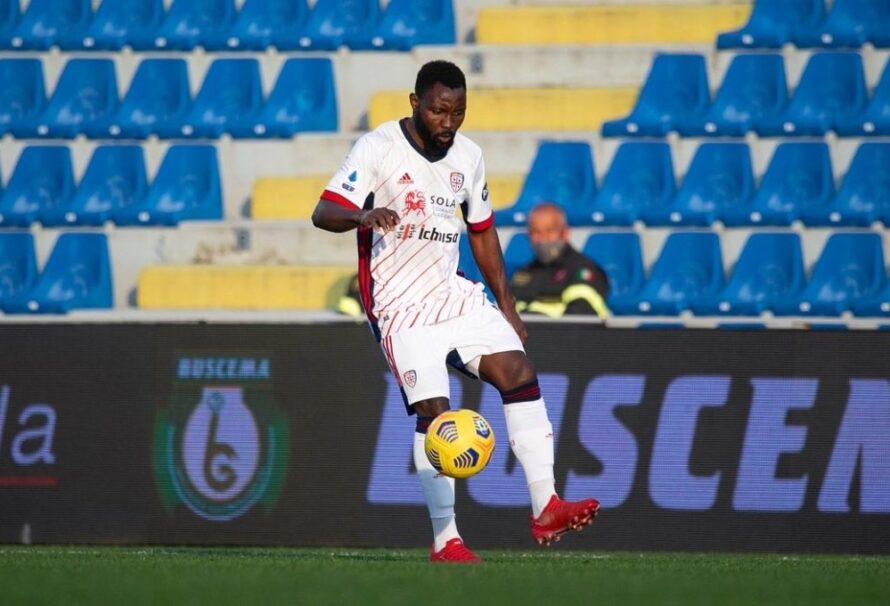 Ghanaian midfielder Kwadwo Asamoah marked his debut for Italian Serie A side Cagliari in their 2-0 win against Crotone.

Asamoah came on in the 77th minute of the game in place of goal scorer Joao Pedro and helped his side to secure a hard fought win.

The Black Stars midfielder signed for Cagliari on a short term deal until the end of the season after leaving Inter Milan at the end of last season.

Cagliari won their fourth game of the season to keep their survival hopes alive in the Serie A.

Leonardo Pavoletti opened the scoring after 56 minutes before Joao Pedro added the second from the spot four minutes later to earn Cagliari victory.