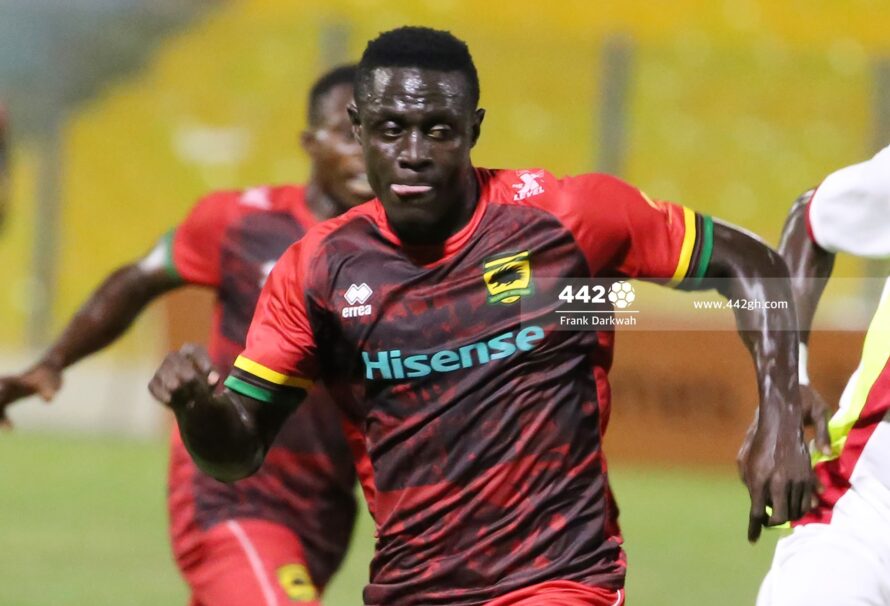 The two teams met in a re-arranged Ghana Premier League fixture at the Accra Sports Stadium.

Opoku, Kotoko’s top scorer this season was handed a starting berth in Coach Abdulai Gazale’s side and the striker had a great start to the game.

Barely 2 minutes after kick off the striker earned The Porcupine Warriors a penalty after he was downed by Hearts of Oak defender Nuru Sulley.

Opoku elected himself to take the kick instead of the team’s number one option Naby Keita ehi was on the pitch.

The young striker was however denied from the spot following a decent save by Hearts Goalie Richard Attah.

Opoku will have chances to atone for his miss later on but all his efforts were either thwarted by saves, blocks or the post.

Overall, it was a disappointing performance in his first game as a Red against Hearts of Oak.

However, he would be personally frustrated he wan unable to score the penalty which could have propelled his side to victory as the game ended goalless.