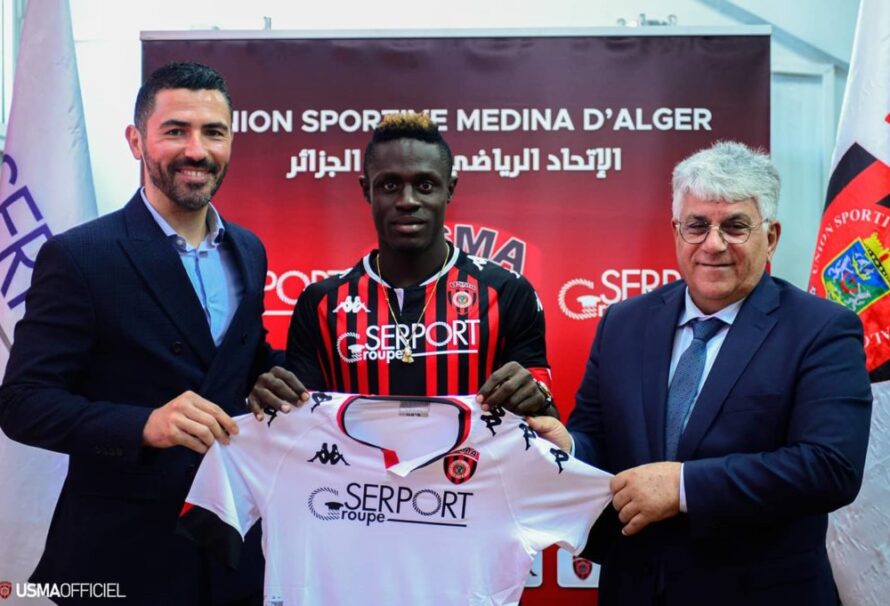 Ghana striker Kwame Opoku says his target is to help his new team USM Alger annex the Algerian league title at the end of the season.

The former Asante Kotoko forward put pen to paper on a four-and-a-half-year deal with the Red and Blacks after successfully passing his medicals on Monday.

Kwame Poku shared his excitement during his official unveiling by the club on Tuesday and vowed to help the club achieve its objectives.

“My ultimate goal and aim is to play well for the team and also be a great team player so I can help my team to possibly win the Algeria Ligue 1 at the end of the season”, Kwame Poku told the club media after signing his contract.

Opoku also stated that being at a big club like USM Alger is a privilege and for that matter will give his all whenever his services are called upon.

“I want to play and play well, and I also want to be a reliable player for the club and not only help the team in the league but any other competition the team finds itself or take part and I want to help my team so we can be successful in all competitions will participate in during my time here”, he added.