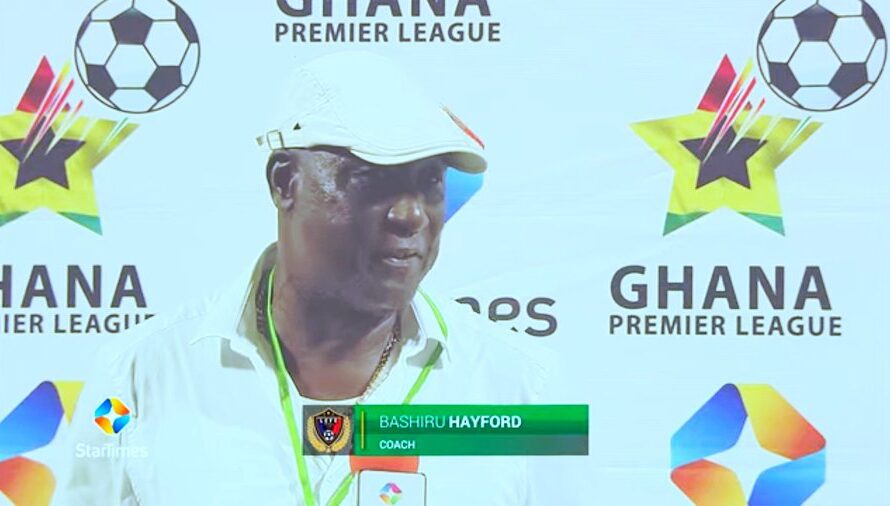 Legon Cities head coach Bashir Hayford says he is content following their 1-1 draw with Hearts of Oak in the 2020/21 Ghana Premier League on Sunday.

The Phobians started the game brightly and were awarded a penalty following a push on Patrick Razak in the 15th minute.

Umar Manaf stepped up and missed the resulting spot kick to keep the scores at 0-0.

Six minutes later, the visitors punished the hosts for the costly miss as Jonah Attuquaye scored a brilliant solo goal to give the Royals a 1-0 lead at the break.

Coach Bashir Hayford’s side were resolute in defense in the second half and were on the verge of upsetting their city-rivals.

But Kojo Obeng Junior scored to snatch a late point for the Phobians at the Accra Sports Stadium.

“The game came to a point we thought we had won. We came as underdogs and thankfully we managed to get this result. Those who started the game have done very well.

“As at now we have seen the strength and weaknesses of the team and hopefully in the second round we will play good football” Coach Bashir Hayford told reporters after the match.