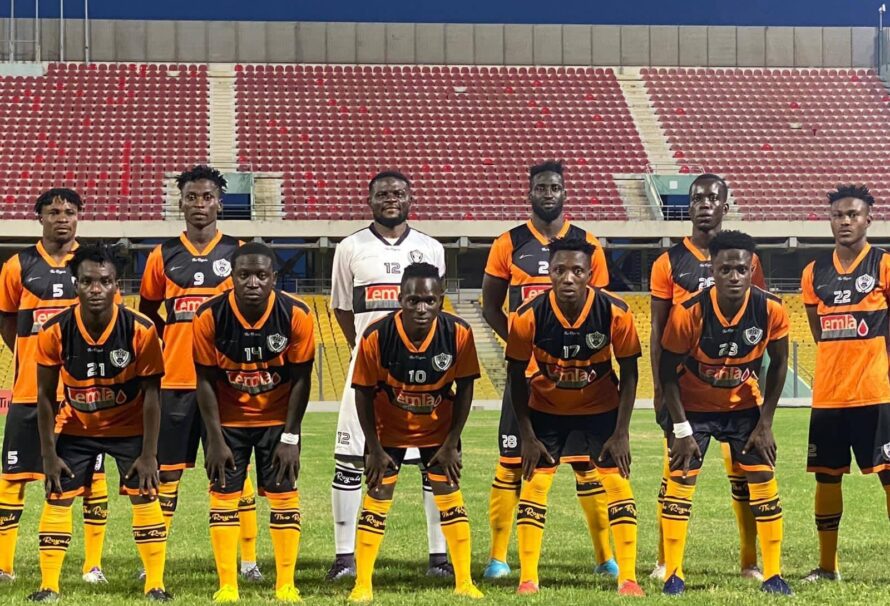 Legon Cities F have emerged as FootballMadeinGhana.com CLUB OF THE WEEK following the conclusion of Match Week 10 of the ongoing Ghana Premier League.

The Royals won heavy against title contenders AshantiGold SC during their game on Friday to merit this particular recognition.

Battling relegation and struggling for form this season, Legon Cities upset the odds and recorded a massive 5-2 victory over high flying AshGold. The Royals had to twice come back from a goal down to record this all-important victory

The result gives them a massive boost in their quest for survival as they have now moved up the ladder from the relegation zone.

There were other notable results that were considered, particularly Aduana Stars’ 1-0 away win against Asante Kotoko. However this cannot trump that of Legon Cities’ win over AshGold hence the decision to name them as CLUB OF THE WEEK.

Congratulations to Coach Bashir Hayford’s side.