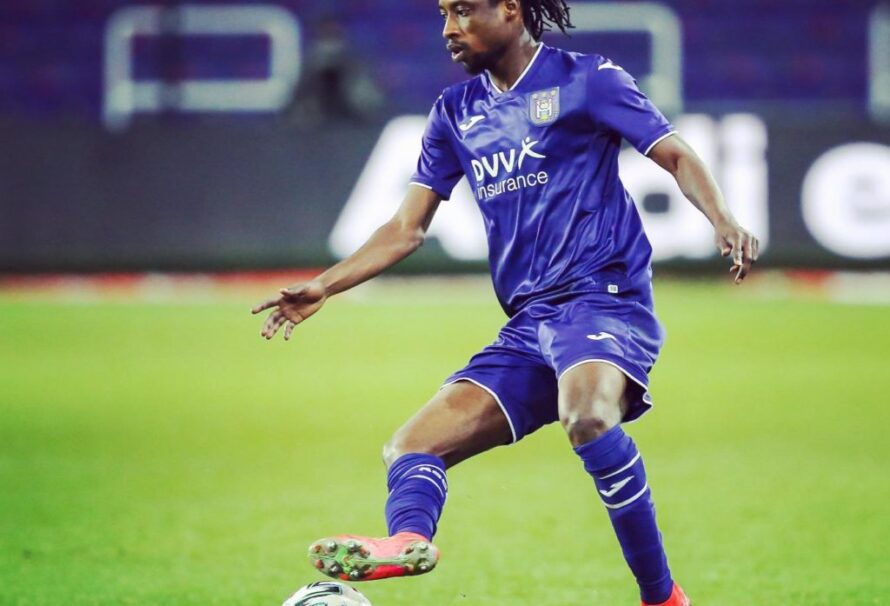 Ghanaian midfielder Majeed Ashimeru has hailed the technical and medical team of Anderlecht after his return to competitive action.

The midfielder made a return to the starting line up in his side 4-1 win over Zulte Waregem in Sunday.

Ashimeru excelled on the day and was withdrawn on the 70th minute for Francis Amuzu.

The midfielder after the game used his Twitter account to express his gratitude to the technical and medical department of the club.

Good win guys, excited to have played my part. This is for the medical and technical team and the fans for all the support 🙏🏿❤️ RSC Anderlecht important 3points💜💪🏾#Maker pic.twitter.com/3WknflbkRy

The Ghana international has had his campaign with the Belgian giants slowed due to effects of COVID 19.

Despite struggling at the beginning of his loan spell, the former WAFA midfielder is gradually settling very well at the Belgian side.