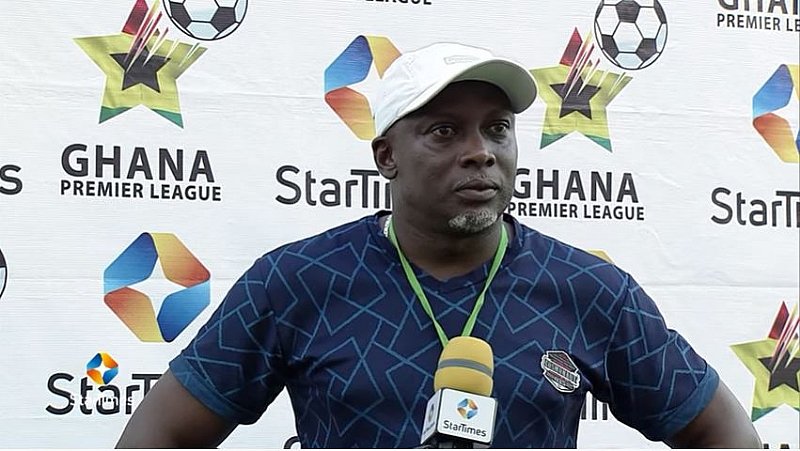 Accra Great Olympics Head Coach Yaw Preko has charged his players to play to their best when they kick off against his former side Hearts of Oak this weekend.

The two rivals lock horns on Saturday in the first installation of the Accra Derby of the season, with both teams on a good run of form recently.

Hearts of Oak are breathing fire on opponents ever since the appointment of Coach Kosta Papic. Under him, the Phobians have recorded impressive results to turn their season around with Hearts currently lying second on the league log (two points behind leaders Karela).

Great Olympics are not far off, with the Dade Boys who trail Hearts by just a point, occupying the 7th spot on the league table. Olympics are having a surreal experience this far with Gladson Awako a key performer this campaign.

Despite the form of the two sides, Yaw Preko (who knows this type of game too well) says it doesn’t always follow the form guide.

“At the moment, we know Hearts of Oak are playing very well. They have a good team. (But) Hearts of Oak and Olympics is a different ball game altogether, we’ll see how it goes,” he told Asemp FM.

Yaw Preko has played for and handled Hearts as a Coach in the past and understand what it will mean to have one over his former employers.

He has therefore urged his players to make him proud.

“We hope to see a beautiful game, I want my boys to come to the party, perform very well and make me proud,” he concluded.

The game takes place on Saturday at the Accra Sports Stadium. It will be live on StarTimes Channel 247.