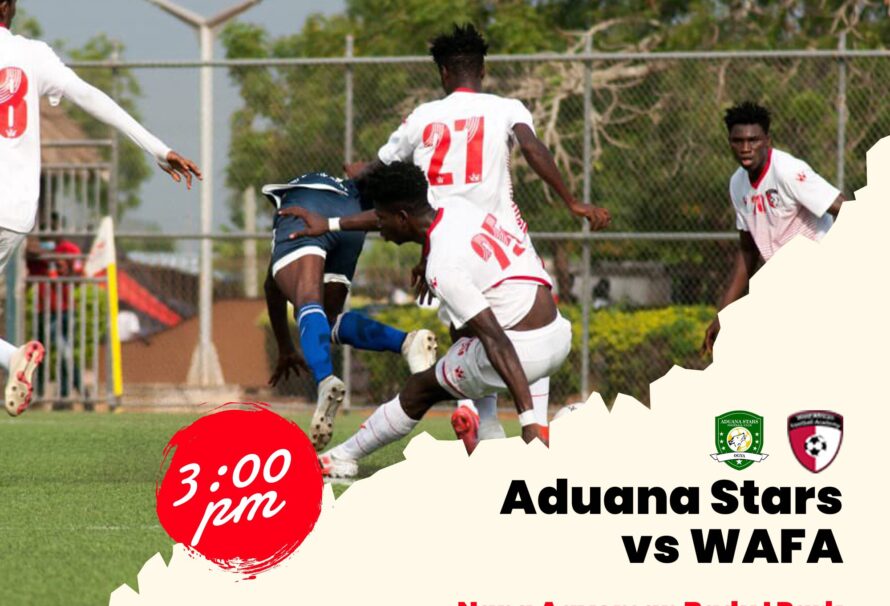 Aduana Stars will host WAFA on Sunday at the Nana Agyeman Badu II in matchday day 13, of the Ghana Premier League.

The Dormaa based club will be hoping to return to winning ways after failing to win their last two games.

A 1-1 draw against Ebusua Dwarfs followed by a goaless draw against Liberty Professionals has seen them drop on the league table.

They have won three and drew three of their six home games in the ongoing season.

Star man Yahaya Mohammed will be looking to continue his goalscoring streak at home.

READ ALSO:  "So far so good" - Chairperson of the National Women’s League Board Hillary Boateng

WAFA after a dissimisal performance against Dreams FC will be looking to return to winning ways against Aduana Stars.

The Sogakope based side will need to improve on their away performance if they want to pick something at Dormaa.

Out of their six away games this season, WAFA have won one, lost four and drawn one in the process.

Yahaya Mohammed Mohammed will return to the starting line up after missing the game against Liberty Professionals.

Farouk Adams is also in line to start after coming off the bench in the last game.

Midfielder Michael Kyei Dwamena, Godwin Agbevor and John Tedeku are also likely to miss the game due to injury

But  Abukari Ibrahim is available after serving a one-match ban due to yellow card accumulation.