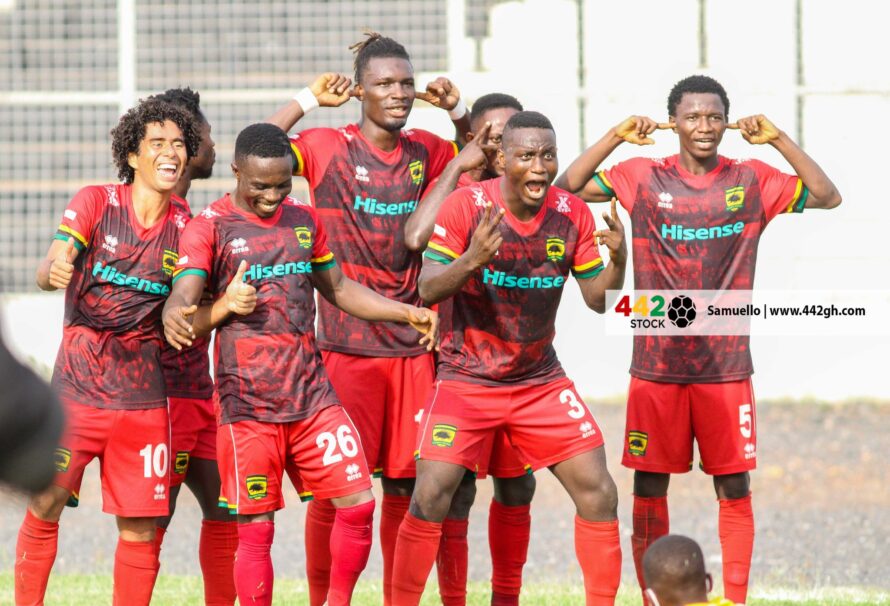 Asante Kotoko will host Berekum Chelsea in a tasty Matchday 19 fixture at Obuasi on Sunday.

The Porcupine Warriors return to action following their 4-0 demolition of Bechem United at the Len Clay Stadium in midweek.

The game will kick off at 3pm and will be telecasted live on StarTimes.

The Kumasi-based giants seem to have settled nicely in their newly adopted home grounds.

And Coach Mariano Barreto will be looking to continue his fine start to life as Kotoko boss by making it two wins out of two.

The major boost for the Portuguese trainer is that Right back Christopher Nettey has returned to the squad after missing the last game against the Hunters.

In-form Brazillian duo Fabio Dos Santos Gama and Michael Vinicius have also maintained their place in the squad ahead of the game on Sunday.

Meanwhile the Bibires are also in form following their 2-1 win over Legon Cities last weekend.

The Blues are currently 10th on the league standings with 24 points.

While The Reds lie third on the table, just a point behind league leaders Great Olympics who face Legon Cities on Sunday.

READ ALSO:  Two referees suspended for the rest of the season