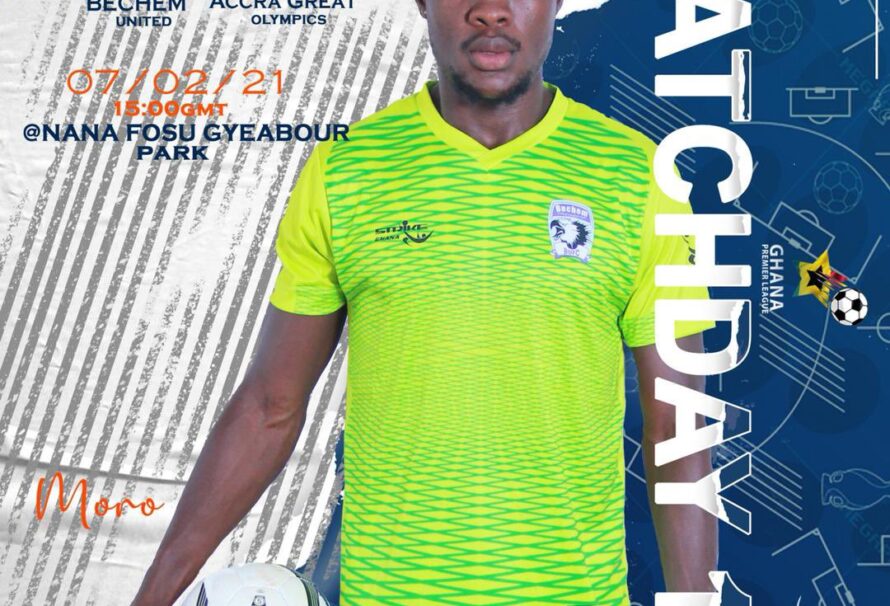 Bechem United will be looking to return to winning ways when they host In-form Great Olympics at the Nana Fosu Gyabour Park on Sunday.

The Hunters are coming into the game following their 0-2 defeat against Berekum Chelsea.

Unbeaten at home this season, Bechem United will be looking to continue their impressive home run when they host the Accra based side on Sunday.

Great Olympics on the other hand are coming into the game on the back of a win against King Faisal.

Olympics have been impressive this season both home and away.

They have won three, drawn one and suffered two defeat in six away games.

Olympics are currently sitting on the second place with 21 points just a point behind the first place Karela United.

A win against Bechem United could see take them at the summit of the league table.

Kweku Danso has no injury concerns in camp and will have a full house to select for the game.

After missing the midweek game against King Faisal, Gladson Awako and Micheal Otuo will return for Great Olympics.

READ ALSO:  Former U-20 medalist Bright Addae pledges to play for Asante Kotoko before he hang his Boots