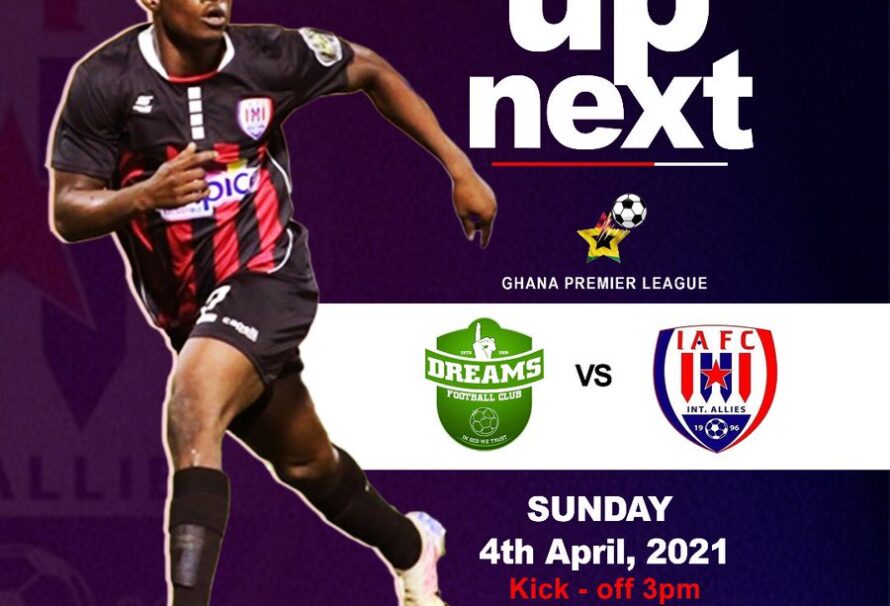 Inter Allies start the second round of the 2020/21 Ghana Premier League Season with a very difficult tie away against Dreams FC.

The match is scheduled to kick off at 3pm at the Theatre of Dreams in Dawu on Sunday.

The first round fixture between the sides ended in a 0-0 stalemate at the Accra Sports Stadium.

The visitors have a new face on the bench, Assistant Coach Felix Aboagye has been tasked to take charge of the team in the interim following the departure of Dani Mujkanovic.

The Eleven is to One lads have performed poorly in the league this season and aim to turn things around. In their last five league games, they have recorded just one victory (W1 D2 L2).

Inter Allies are bottom of the table with 12 points.

Although, Dreams suffered a 1-0 defeat to Great Olympics in their matchday 17 clash. The Dawu-based outfit have won three of their last five league games (W3 L2).

The Still Believe boys 6th on the league log with 26 points.

Both teams have met thrice in the league, Inter Allies have the upper hand with a win and two draws in the three game played.

However, the Capelli Boys lost 3-2 the last time they went to Dawu in the 2017/18 truncated season.