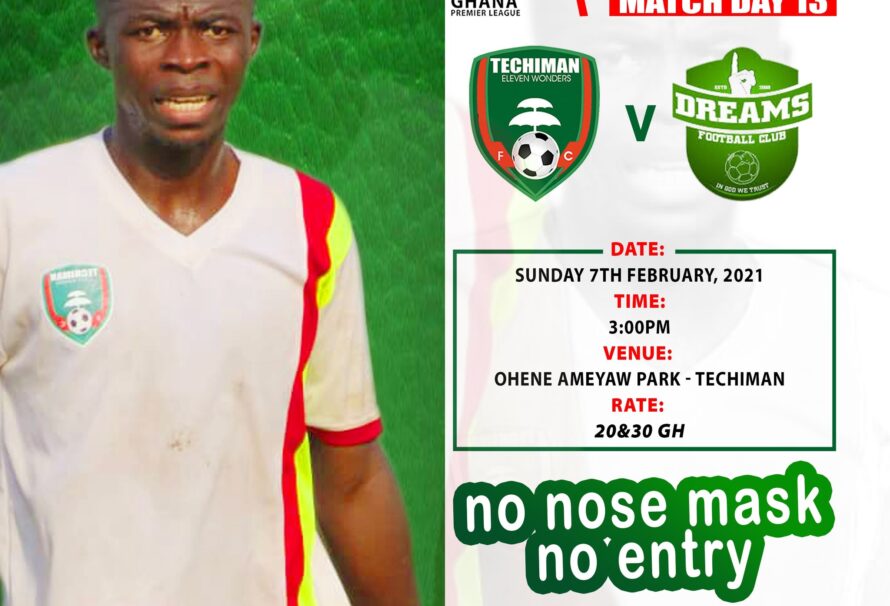 Eleven Wonders host in-form Dreams FC on Sunday as they aim to return to winning ways at the Ohene Ameyaw Park.

The Techiman-based are coming to the game following a disappointing 0-0 against Elmina Sharks.

Ignatius Osei Fosu will be hoping his side’s return to winning ways after going two games without a win.

Wonders are currently 13th on the league table with 14 points after 12 game.

The game will see duo Mugeez Zakaria and Prince Okraku feature against their parent club.

Dreams FC on the other hand will be looking to continue their impressive run which has kept them unbeaten in their last six games.

Head coach Vladislav Viric had turned things around for the club and a victory against Wonders will be a huge statement from the Serbian.

A win will see Dreams FC jump in the top four for the first time this season.

The likes of Agyenim Boateng, Sulemana Fahadu will be looking to continue their good run form against the Techiman based side.

Also, striker Agyenim Boateng is beginning to click into gear and goalkeeper Solomon Agbasi has been reliable between the sticks.

Wonders have no injury concerns and Ignatius Osei Fosu has full squad to select.

Mugeeze Zakaria could miss the game due to National assignment.

Agyenim Boateng could be back in the starting line up after starting from the bench in the last game.