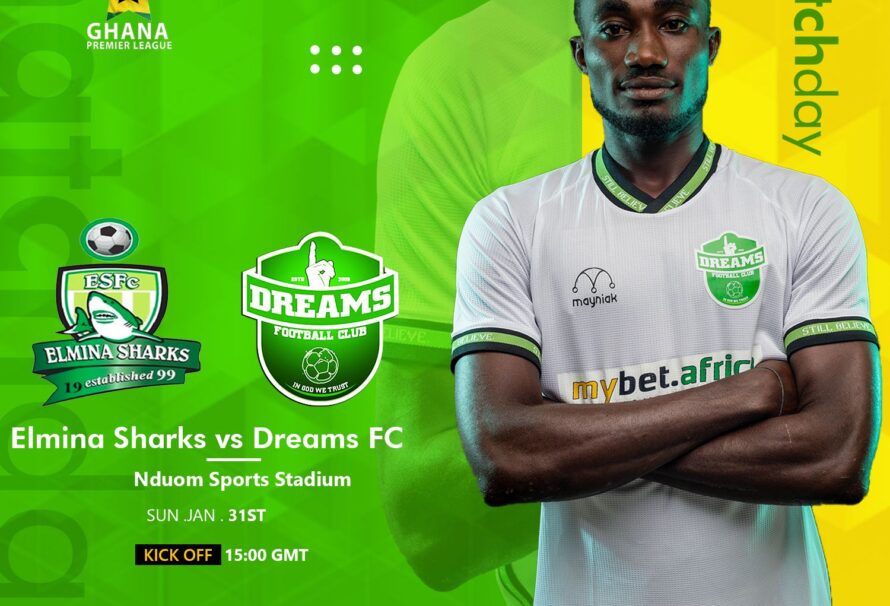 Elmina Sharks will be looking to make it two wins in two games when they host Dreams FC at the Ndoum Park on Saturday.

A win against Dreams FC will see them record a back to back win for the first time this season.

Yaw Acheampong side’s have been inconsistent this season but getting two wins in the space of Seven days will be welcome by the fans of the of the club.

Dreams FC on the other hand are coming into the game on the back of a 4-1 victory against Liberty Professionals.

The Still Believe lads are on the run of four games unbeaten run, winning two and drawing the other two in the process.

Head coach Vladislav Viric will be hoping to get his first away win of the season after drawing his first at Bechem.

Dreams despite yet to pick a point away have lost only two on the road in five games.

After finally breaking his goalscoring duck, Agyenim Boateng will be hoping to continue from where he left off against Liberty Professionals.

Both sides have no injury concerns coming into the game.

Benjamin Tweneboah is expected to make a return to the team after missing their last two games.

Benjamin Arthur should return after his sending off against Hearts of Oak.

Dreams FC Coach has full house to select from.