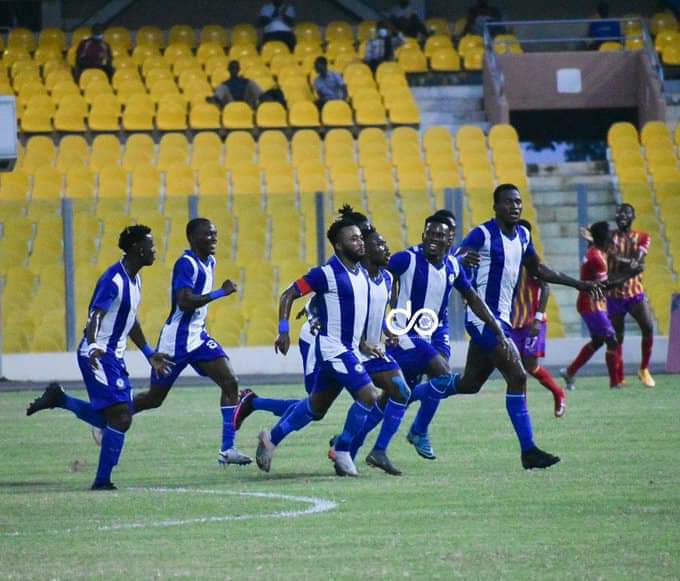 The Dade Boys are coming into the game at the back of the 0-2 win over their regional rivals Hearts of Oak.

Olympics after claiming the bragging rights will like to continue from where they left off against the relegation threatened side.

Coach Yaw Preko after winning his first game in charge will be looking to make it back to back win by beating King Faisal on Wednesday.

King Faisal on the other hand are coming into the game following a spirited performance against Berekum Chelsea.

The Insha Allah boys did the impossible over the weekend coming back from three goals down to beat Berekum Chelsea.

The win was their second of the season in as many as Eleven games.

A win against Olympics will lift them from relegation zone.

Olympics will still be without Alhassan Sunday following his injury against Aduana Stars.

Mathew Dunga is doubtful following his injury against Hearts of Oak.

King Faisal will be without their skipper Mutawakilu Fuseini due to card accumulation.