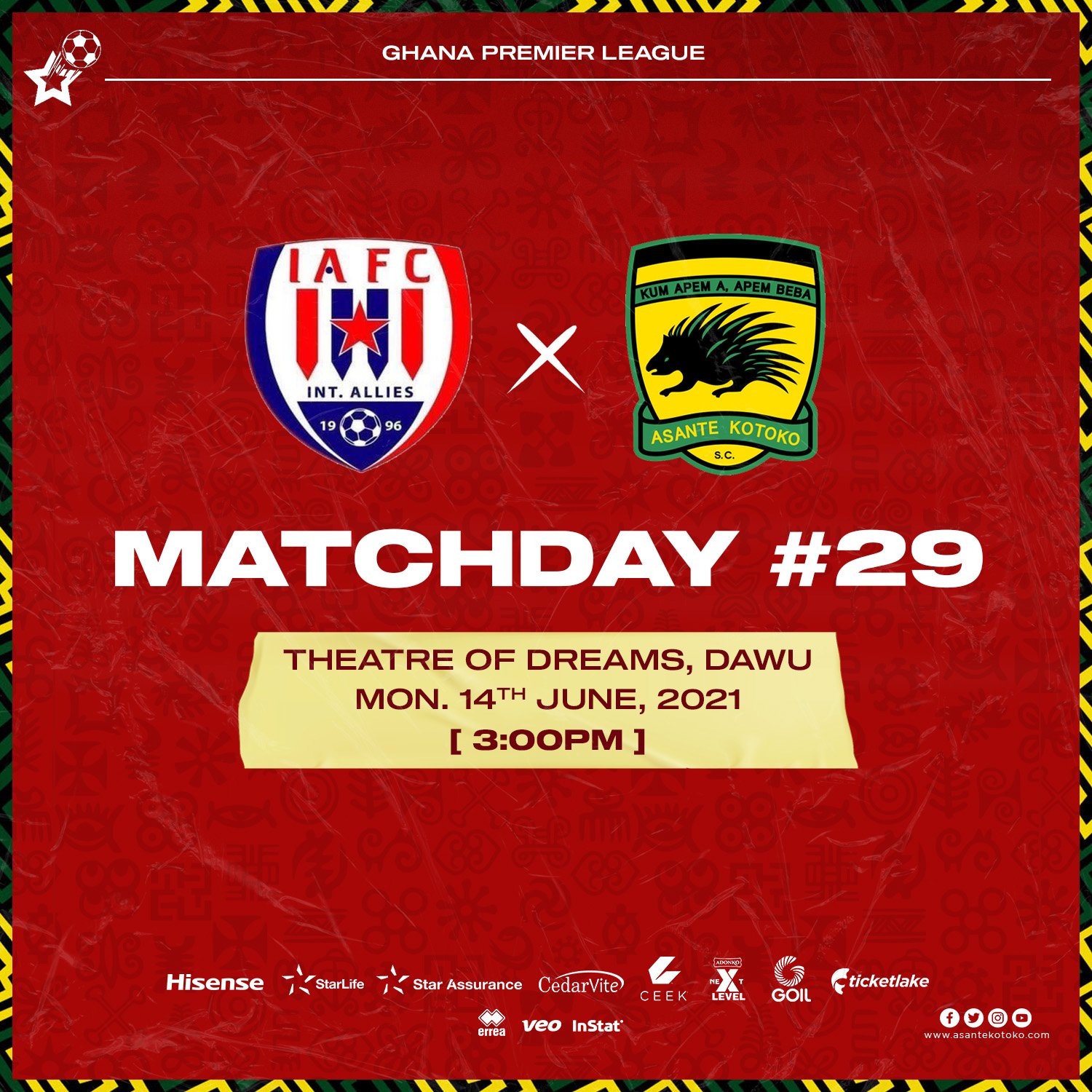 Inter Allies host Asante Kotoko in a battle of wits in this Ghana Premier League Match Week 29 encounter on Monday.

The home side is battling relegation and is currently in dire need of points to help their cause. The survival chasers will welcome an Asante Kotoko side keen on claiming all points to also help their chase on league leaders Accra Hearts of Oak.

The Porcupine Warriors trail their bitterest rivals by 3 points following Hearts’ home win over Medeama SC on Sunday in Accra. Hearts of Oak currently sit top of the pile having accumulated 53 points. Kotoko, sitting second have 50 and know a win will draw them level on points at the summit of the league table.

Kotoko stopped their two-game winless run last week when they edged AshantiGold by a lone goal in a regional derby.

They certainly approach this game with confidence as Coach Mariano Barreto’s side won on their last visit to the Theater of Dreams, Dawu, the venue for today’s encounter.

Inter Allies’ home form however should give Kotoko the clearest indication of what is needed to achieve their ultimate goal in this game.

Despite struggling entirely in the league, Inter Allies have won 4 of their last 5 home games at Dawu (their makeshift home ground). They have done this by soundly beating Medeama SC, Berekum Chelsea, Elmina Sharks and Karela United scoring 12 goals and conceding none in the process. King Faisal remains the only side to record victory over Inter Allies at Dawu in their last 5 games at the venue. Faisal stole a 1-0 win to break Allies hearts.

The above means Coach Mariano Barreto will need to be tactically on point and expect his players to show up when it matters most to realize their aim of securing all 3 points.

The game promises a tricky affair with the result been defined by fine margins.

The Match will be telecast live on Startimes Channel 247 with kick-off set at 3pm GMT.