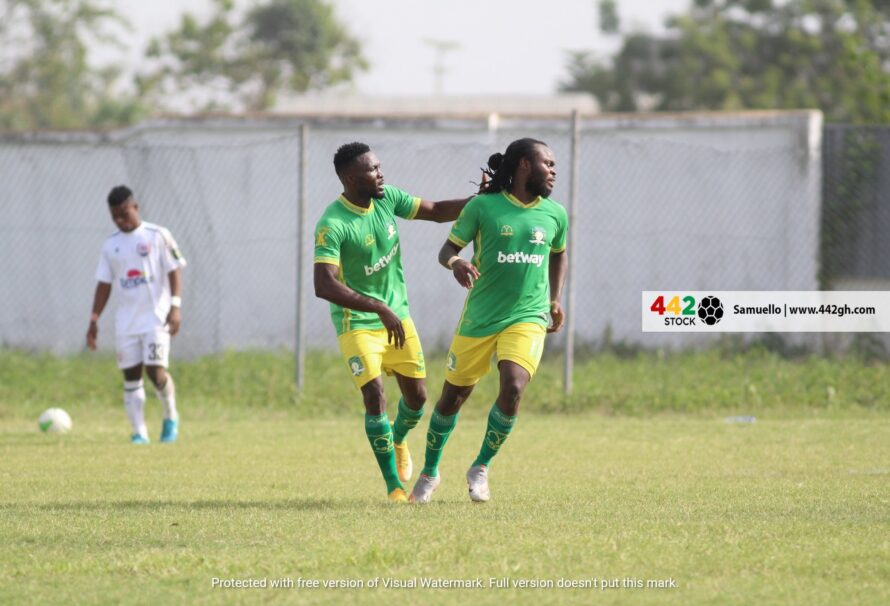 Aduana Stars continued their unbeaten home record with a 2-1 win over bottom club Inter Allies in matchday 16 of the Ghana Premier League.

Yahaya Mohammed’s strike late in first half before an own goal from Emmanuel Adjetey spur the Ogya lads a hard a fought victory, Samuel Armah scored the consolation for the visitors.

Aduana Stars started the game very but failed to create any goalscoring chance in the stage of the game.

Allies nearly took a surprise lead on the 20th minute, but Sunday Kalu’s effort was saved by Joseph Addo.

Aduana Stars had more of the ball but couldn’t get the breakthrough.

Their effort was rewarded just after the break, Yahaya Mohammed calmly finished home a pass on the right to give his side the lead.

After the break, the host kept pushing for the second putting a lot of pressure on the visitors.

Emmanuel Adjetey put the ball on his own net to double the host lead, the defender attempting to clear a ball in the penalty box ended up putting the ball in his own net.

Allies went all out in search of consolation and were awarded a penalty in the 80th minute after Kuku Kingsley was brought down in the penalty box, but the decision was overtuned after a few consultations with the linesmen.

Allies got the consolation six minutes later, Samuel Armah with a cool finish to make it 2-1.

The visitors put up a late flight but it wasn’t enough as the referee blew his whistle for the end of the game.