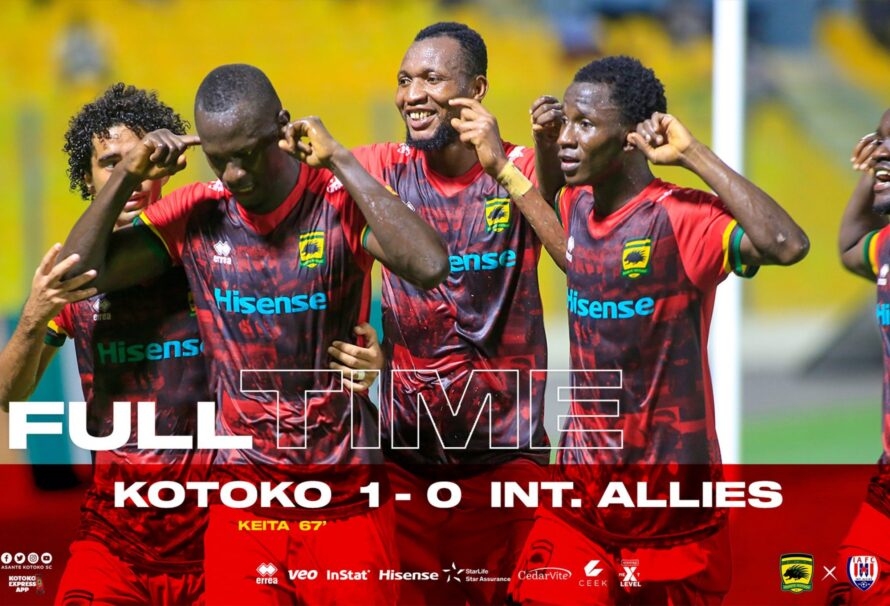 A Naby Keita penalty goal was enough to secure all three points for Asante Kotoko in their Ghana Premier League Week 12 clash against Inter Allies.

The Porcupine Warriors were eager to return to winning ways as they faced a struggling Inter Allies side. Coach Johnson Smith’s side had gone 3 games without a win with fans and followers of the club beginning to get increasingly worried.

Inter Allies were in a much worse form and a determined Kotoko side pushed on their agenda of claiming maximum points.

Kotoko’s eagerness to win didn’t really reflect in their performance in the first 45 minutes. A listless performance meant the Porcupine Warriors failed to make it count in the first half as it ended in a goalless stalemate.

With pressure mounting and fans growing agitated, the second half commenced in a much desirable fashion for the home side. However their opponents remained solid at the back to thwart any attempt towards their goal area.

Kotoko will have their breakthrough though when in the 66th minute, striker Kwame Opoku was released by Fabio Gama’s pass. The striker was fouled in the box leaving the referee with little chance but to whistle for a penalty.

Naby Keita stepped up and slotted the ball beautifully past the Inter Allies Goalie to give Kotoko the lead and eventual winner.

The win gives the Porcupine Warriors a lift on the table as they move to third on the standings with 20 points. They trail table toppers Karela United and Great Olympics by just a point.

U-20 AFCON: Joselpho Barnes reveals why he 'SNUBBED' Germany for Ghana