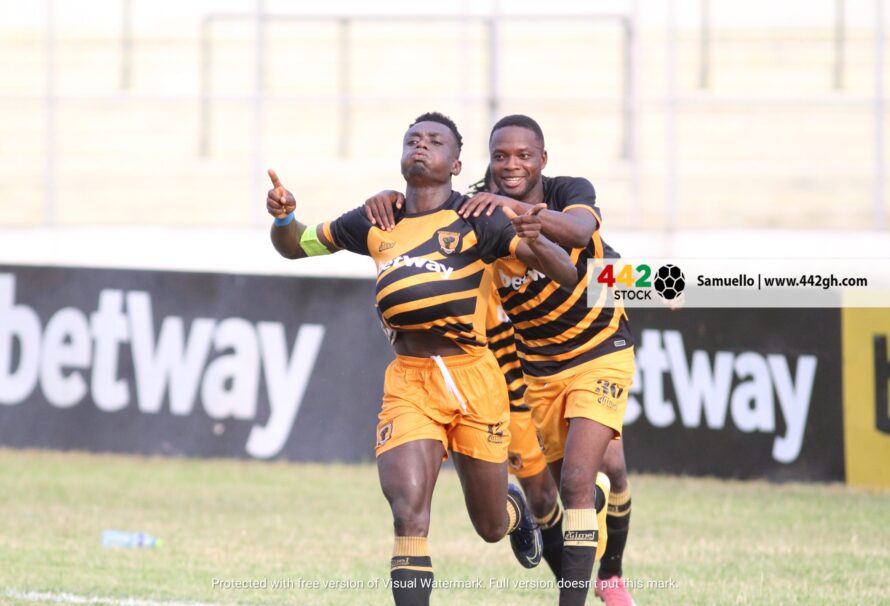 A last-gasp penalty goal by Amos Addai was enough to do damage to Accra Hearts of Oak in their away defeat to AshantiGold SC.

Addai scored a last minute penalty to give AshantiGold their first win since February and halt Hearts’ 6 match unbeaten run.

Aside keeping their title chase on track, Hearts also had a 6 game unbeaten run to protect as they approached the match.

Their hosts were hoping to build up from their spiriting draw away at Karela United last week and were keen to secure a win against The Phobians.

It was a Tale of two penalties that decided the outcome of the game though.

In the first half, Hearts of Oak after dominating the early exchanges where awarded a Penalty. Victor Aidoo stepped up to take and he failed to deliver after a save from Ashgold goalie Kofi Mensah.

This was the second consecutive penalty save for the goalkeeper who joined the club during the second transfer window.

Kofi Mensah’s heroic moments did not only keep Ashgold in the game, but also injected much life into their play. Eventually the first half ended in goalless stalemate.

Back from the break, the game was a close affair with both teams more concerned about not really losing than going all out for a win.

With few minutes to the end of the game, Ashgold were awarded a penalty. Captain Amos Addai stepped up and converted to give his side the lead.

That lead will eventually remain until the blast of the referee’s final whistle indicating victory for the home side at Hearts of Oak’s expense.

The win lifts Ashgold to 6th on the table on 26 points. Despite suffering his first defea, Hearts Coach Samuel Boadu has his side lying 4th on 30 points.