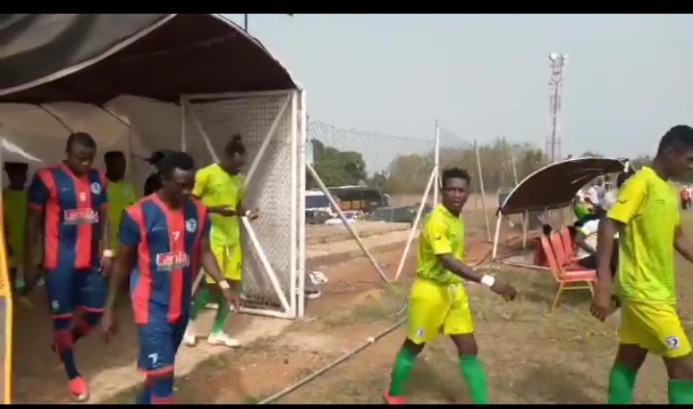 Legon Cities continue their unbeaten run with a 1-1 draw away against Bechem United.

A second half strike from new signing Hans Kwoffie cancelled Moro Salifu’s opener to earn the Royals a valuable point on the road.

It was Bechem United who started the first half very well and pushing for the opener.

Steven Owusu had the first chance of the game on the 13th minute his efforts was saved by Winfred Honu.

The host kept pushing for the opener but Legon Cities defended very well.

Bechem United finally got the breakthrough just before the break after Owusu was brought down in the penalty box.

Moro Salifu stepped up and sent the keeper the wrong way.

After the break, Legon Cities cameback stronger causing a lot of problems to the host.

Hans Kwoffie drew the visitors level with a right footed shot in the penalty box.

Bechem United created several chances but couldn’t find the back of the net as the visitors held on take home a point.

Line up for both team