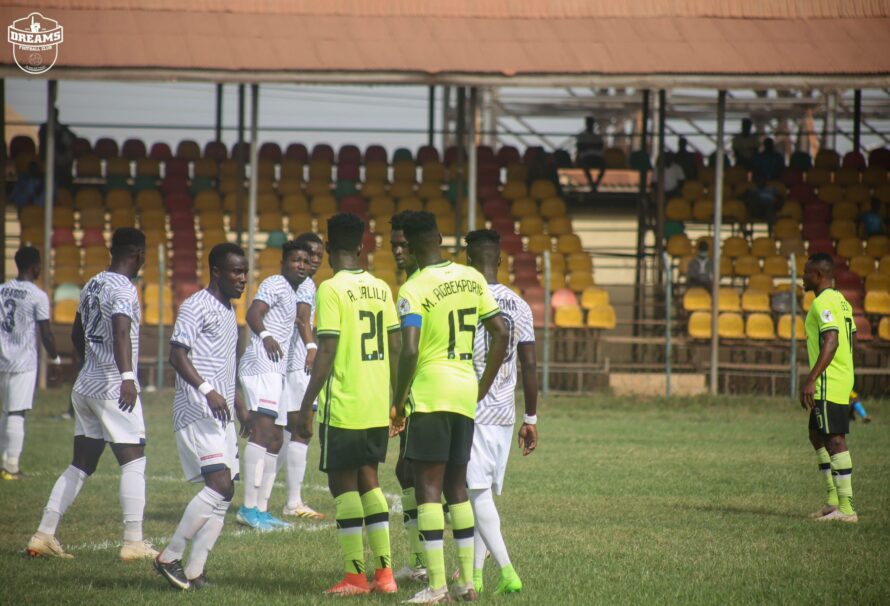 A first half strike from Paul Atta Agyei was enough to give the Bibires a hard fought win in the Ghana Premier League.

Berekum Chelsea after a dominant display in the early stages of the game found the back of the net on the 27th minute.

Attacker Paul Atta Agyei finished home a good team move to give the host the lead.

Dreams reacted after going down by having more of the ball but couldn’t create any goalscoring chance.

After the break, the visitors kept asking the host defense lot of questions but the resolute defenders had the right answers for them.

Agyenim Boateng nearly got the equalizer for the visitors but his efforts wide.

The host maintained their one goal lead till the blast of the final whistle.