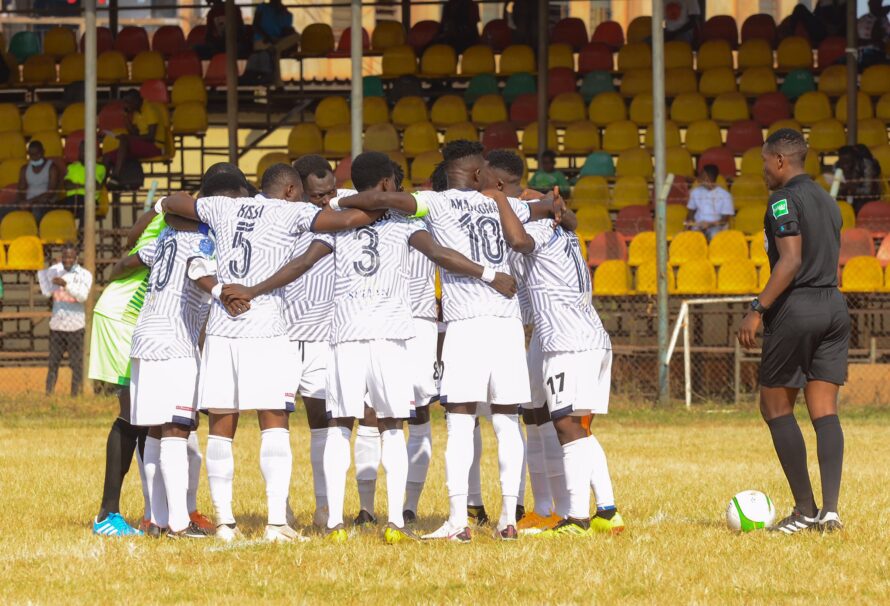 Berekum Chelsea returned to winning ways by beating  a 2-0 Bechem United in their match-week 12 encounter at the Golden City Park in Berekum.

Two second half strike’s from Collins Ameyaw and Kofi Owusu secured the hard fought win for the Bibires.

No goal  was scored in the first half as both team’s sat deep and waiting to counter.

In the second half,the home side opened up and took the ball to their opponent.

It didn’t take long before Collins Ameyaw broke the deadlock in the 66th minute, the midfielder finished home a good team move to give his side the lead.

Chelsea kept pushing and we’re rewarded with the second, Kofi Owusu with a fine strike to double the lead on the 77th minute.

The visitors despite coming close through Hafiz Konkoni couldn’t breach the Chelsea defense as the home team carry the day.