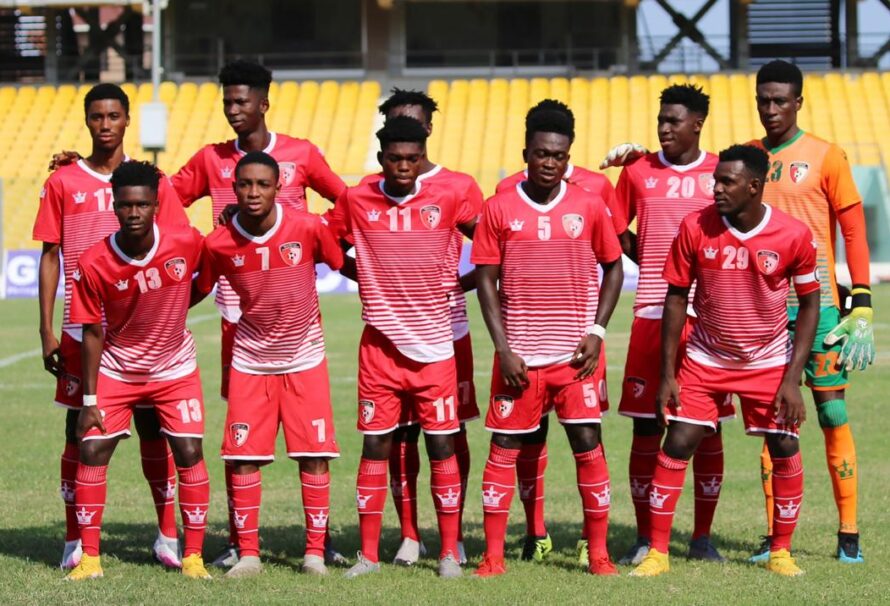 The Academy Boys of WAFA defied the odds to secure a deserving 3-2 comeback win over Berekum Chelsea at the Golden City Park on Friday.

The Bibires welcomed the Academy Boys to Berekum for this crunchy match week 22 opener.

The home side scored what now stands as the fastest goal of the season courtesy Bright Amponsah.

Amponsah scored after just 23 seconds with an easy finish after the WAFA goalie Kwadwo Osei had blocked his initial shot.

The away side were not dented by ci ceding early as they rallied themselves to score the leveller inside the 22nd minute.

Justus Torsutsey grabbed his first goal of the campaign after connecting a low cross which the Chelsea defense failed to deal with.

Torsutsey scored WAFA’s equalizer much to the disappointment of the home fans.

The unrelenting away side then took the lead few minutes later after Enock Asubonteng tapped in from close range. Just like the first goal, Asubonteng was left unmarked after some poor defending by WAFA and he made no mistake by slotting into the net.

Berekum Chelsea altered their play by switching to the wings and it paid off as with three minutes to end the first half, a goal bound Kofi Owusu was fouled in the WAFA box for a penalty to Chelsea. Stephen Amankonah stepped up to score the equalizer after a second attempt to take his season tally to eight goals.

Back from the break, WAFA scored the winner in the 48th minute through Issah Basit. The forward, left unmarked at the far post beat goalkeeper Obeng Sekyere to slot home.

The win is only their second away win in the League after posting a 1-0 against Eleven Wonders in Techiman on Match day 4.

They have moved to 6th in the standings with 32 points – four points off the top spot.