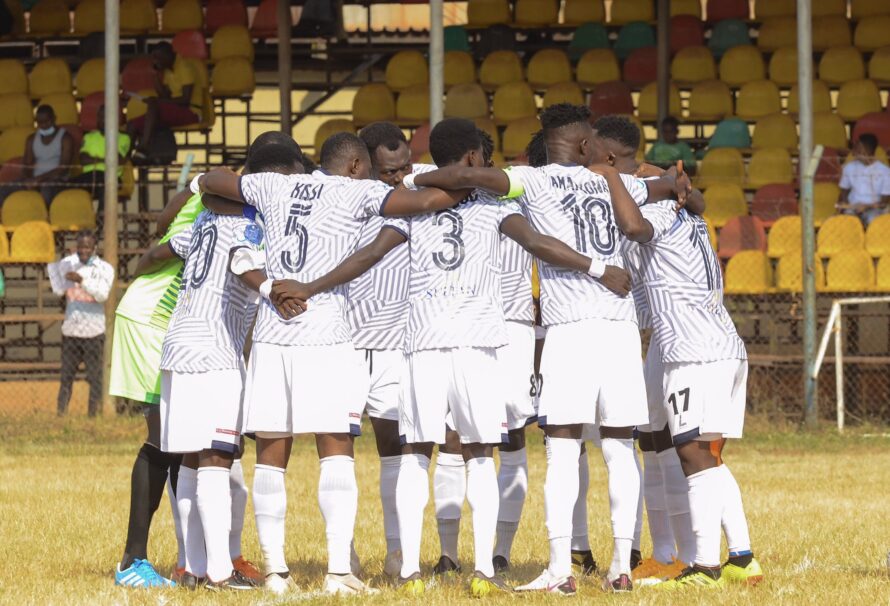 Berekum Chelsea defeated Ashantigold 3-1 at the Golden City Park to return to winning after two games without a win.

Goals from Abdul Basit, Paul Atta Agyei and Stephen Amankona handed the Bibires a need win on the day.

Abdul Basit broke the deadlock of the game on the 35th minute finishing home a good team move in the penalty box.

Chelsea held on to their lead till the blast of the final whistle.

Yaw Annor reduced Ashantigold deficit with a good finish on the 66th minute.

READ ALSO:  Kudus named in Eredivisie Team of the Week

Chelsea were awarded a controversial penalty on the 68th minute and Stephen Amankona made no mistake by sending the goalkeeper the wrong way.

Chelsea maintained their two goal lead till the blast of the final whistle.