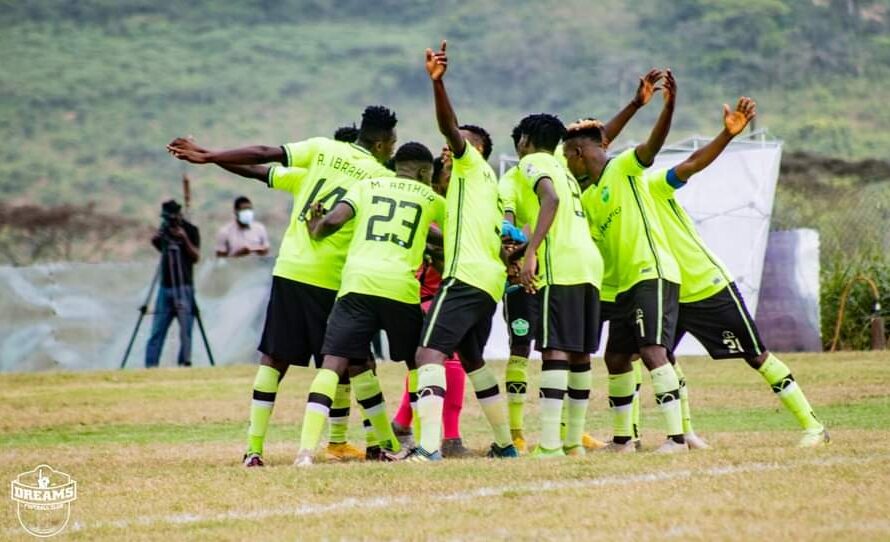 Dreams FC returned to winning ways by beating King Faisal 3-0 in matchday 24 of the Ghana Premier League at the Theatre of Dreams.

A spirited second half performance handed the Still Believe lads a comfortable win.

Goals from Abednego Asafo, Emmanuel Ocran and Sadat Mohammed was enough to give them the maximum points.

Dreams FC dominated the early proceedings as King Faisal were made to chase the for the balls.

Agyenim Boateng came close for the host but his shot went wide.

Dreams FC were awarded penalty on the 36th minute after Jabal Adams brought down Ocran in the penalty box.

After the break, Dream FC kept pushing for the opener sending the game to King Faisal.

Their pressure finally paid off when Abednego Asafo put the ball at the back of the net to put Dreams ahead.

Emmanuel Ocran made it 2-0 on the 85th minute with a fine finish in the penalty box.