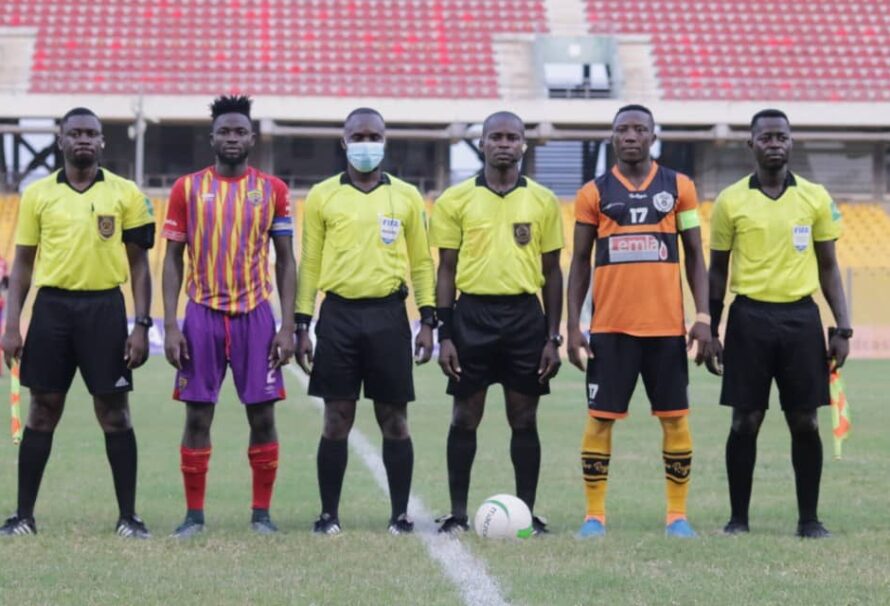 Hearts of Oak played out a pulsating 1-1 draw with Legon Cities on Matchday 13 of the Ghana Premier League on Sunday.

The Phobians started the game brightly and were awarded a penalty following a push on Patrick Razak in the 15th minute.

Umar Manaf stepped up and missed the resulting spot kick to keep the scores at 0-0.

Six minutes later, the visitors punished the hosts for the costly miss as Jonah Attuquaye scored a brilliant solo goal to give the Royals a 1-0 lead at the break.

Coach Bashir Hayford’s side were resolute in defense in the second half and were on the verge of upsetting their city-rivals.

READ ALSO:  Prosper Narteh hails the performance of his boys following a 5-0 win over Liberty Professional

But Kojo Obeng Junior scored to snatch a late point for the Phobians at the Accra Sports Stadium.

The 86th minute strike ended Hearts of Oak’s run of three consecutive games without a goal.