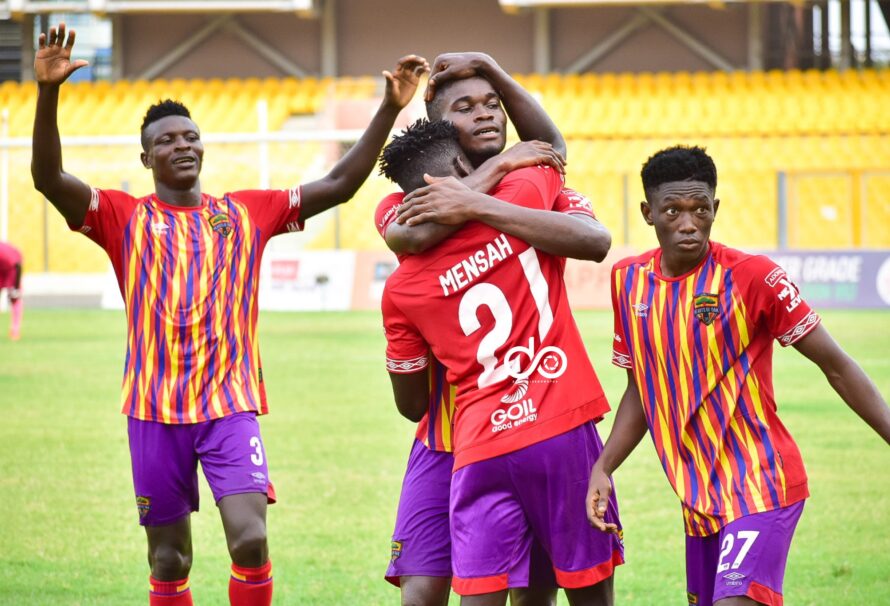 Hearts of Oak arrived in Matchday 15 reeling after four consecutive league games without a win and a tumultuous week but they edged a five goal-thriller against Ebusua Dwarfs on Sunday.

Victor Aidoo gave the Phobians an early lead from the penalty spot to settle the nerves at the Accra Sports Stadium.

The striker made it 2-0 from 12 yards after Patrick Razak earned another penalty for the home team.

The 21-year old has now scored 5 goals in his last 6 matches at home.

Dwarfs Coach Ernest Thompson Quartey made a tactical change in the 37th minute to address his team’s slow start.

Attah Hammond came in as a replacement for Elliah Junior Kofi. The tweak in formation proved to be a game changer as the visitors pulled one back on the stroke of half time.

Buoyed by their strong finish to the half, the Mysterious club continued to ask questions of the Hearts’ defense at the start of the second half.

Their persistence paid off in the 77nd minute when Dennis Korsah scored from the penalty spot to restore parity.

Just when it seemed like the match was destined to end in a draw, Isaac Mensah  struck with virtually the last kick of the game to snatch all three points for Hearts of Oak.

How both teams lined-up: