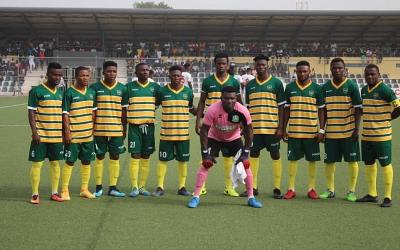 Inter Allies’ woes in the ongoing Premier League have been compounded following their latest defeat to Ebusua Dwarfs.

Allies had been on a stretch of poor results in the past few weeks and sought redemption to help their top flight survival bid.

After a quiet first half ended in a barren stalemate, the dynamics of the game changed in the second half entirely.

Dwarfs will net the game’s opener to put more pressure on the home side.

Dwarfs capitalized on the situation to add a second goal 6 minutes later. This time around the goal came from midfielder Moro Sumaila.

The away side will hold on their lead to ensure the game ended in their favor.

Inter Allies following the result still lie bottom of the table with 7 points.

Ebusua Dwarfs by virtue of the victory rise to 4th on the table with 19 points.