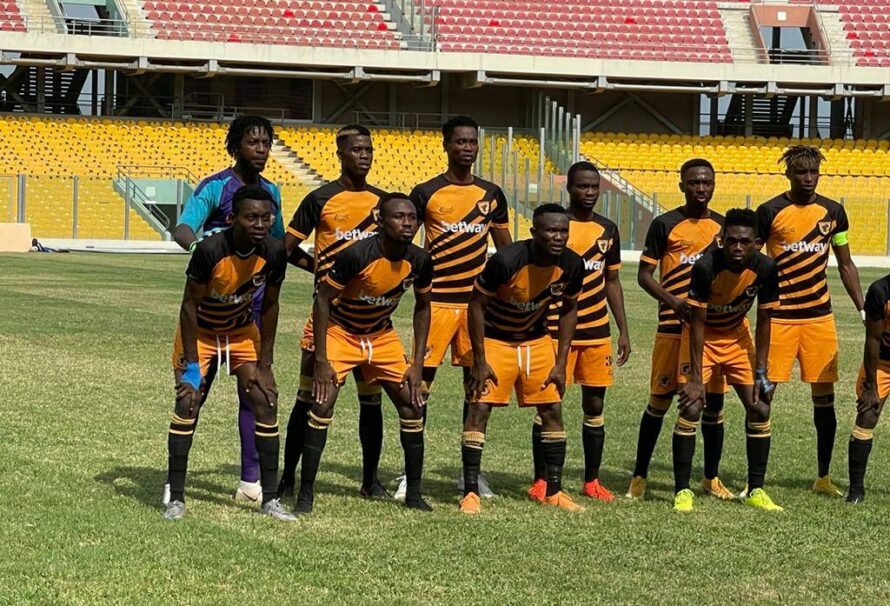 AshantiGold SC fought back to earn their seventh draw of the season against Inter Allies on match day 17 of the Ghana Premier League.

Dacosta‘s 76th minute strike ensured both teams shared the spoils after Richard Lamptey had given the Capelli Boys the lead on the hour mark.

A cagey opening 45 minutes meant that it was goalless between the sides at the break.

The home team upped their game in the second half and deservedly got their noses in front courtesy of Lamptey’s beautiful curler to break the deadlock.

However the Miners rallied from behind to restore parity through Boadu Dacosta late in the game.

The two teams kept pushing for the match-winner but no goal was scored further, ending the game 1-1 at the Accra Spots Stadium.

How both teams lined-up: