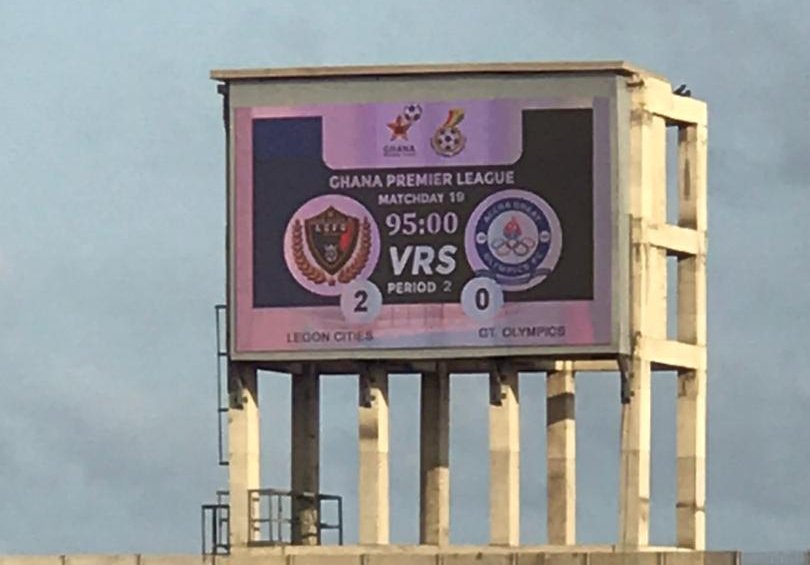 Two second half goals from Nafiu Sulemana and Jonah Attuquaye earn the Royals the bragging right in a pulsating greater Accra derby.

The host dominated the early stages of the game and created handful opportunities but couldn’t find the back of the net.

It took Great Olympics sometime before finding their rythym in the game.

Both side’s kept it tight and no goal was scored in the first half.

After the break, Legon Cities kept on pushing for the opener.

Jonah Attuquaye had a golden chance to break the deadlock but his shot went wide.

Jonah Attuquaye made it 2-0 for the Legon Cities on the 80th minute with a great finish in the penalty box.

Despite late pressure from the visitors, the host held on to their lead till the blast of the final whistle.