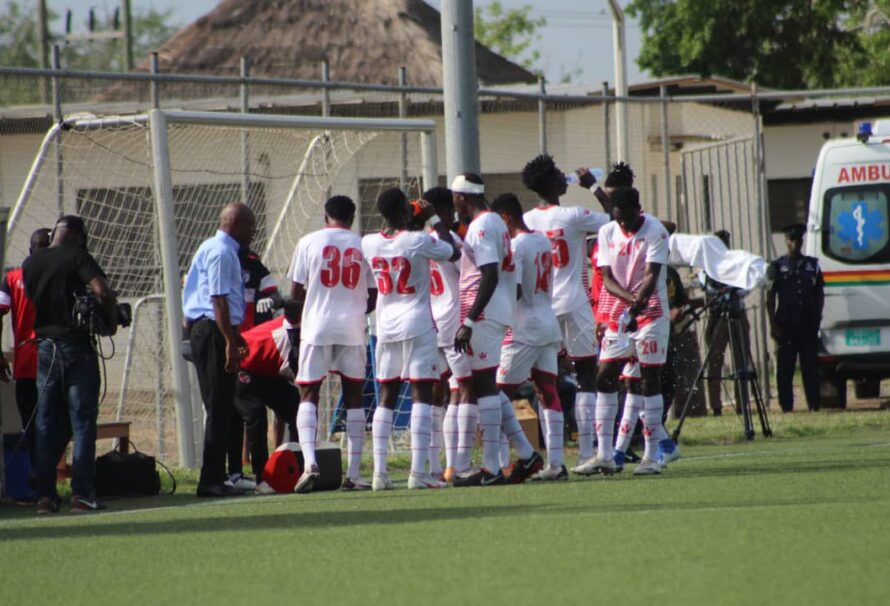 In a match full of intrigue, WAFA produced a highly impressive ‘bounceback-ability’ to come from behind to beat Medeama 2-1, a result that sent shockwaves through every nook and cranny of Tarkwa.

The Mauves and Yellow welcomed the Academy Boys to the Akoom Park and were very positive of a win against the visitors. Of course, home form backed them; Medeama had won their last 8 home games and had stayed undefeated in all matches played at the venue.

It looked like the streak was set to be extended when the home side struck first. Recently married Prince Opoku Agyemang scored inside the opening 2 minutes to give his side the lead.

The goal however failed to ruffle WAFA’s feathers as they held on to their own to avert any Medeama onslaught.

The first half eventually ended 1 nil to the home side amid belief and cheers that victory had already been assured judging by their form.

However, WAFA returned from the break well determined to be a party-pooper for the Tarkwa-based side.

Enock Asubonteng restored parity for the visitors when he netted after 8 minutes into the second half.

The goal rattled the home side who tirelessly marauded WAFA’s goal area to restore their lead.

Try as they did, their efforts bore no fruits as the visitors will pull the dagger deep inside their hearts in the closing stages of the game.

Godwin Agbevor scored in the final minutes to inflict on Medeama their first home defeat of the campaign.

The loss is devastating for the home side whose title chances have been dented.

They now risk losing their 3rd position on the table with Great Olympics, likely to push them to fourth when they face Liberty Professionals tomorrow.

Medeama on 40 points also trail league leaders Asante Kotoko by a point, but could see the gap increased should Kotoko beat Dwarfs tomorrow