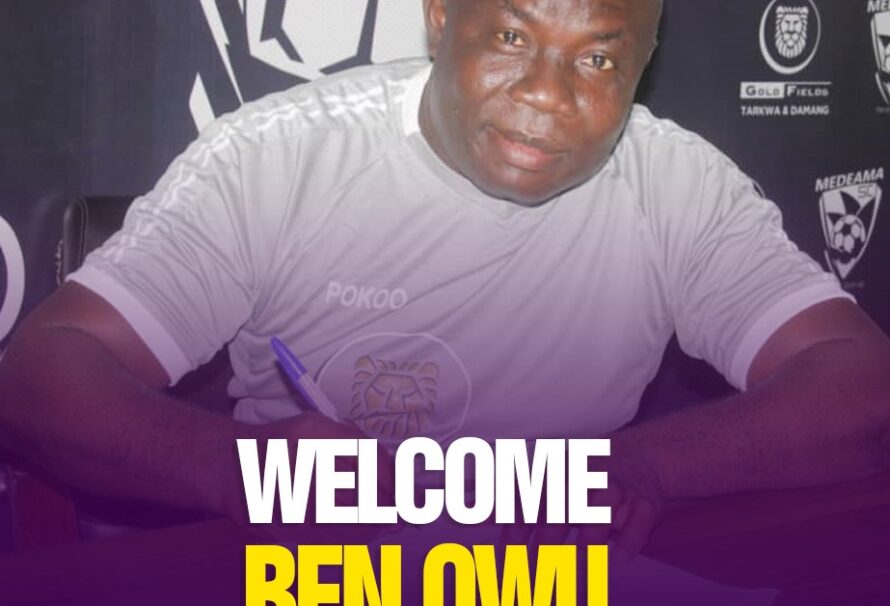 Ghana premier league side, Medeama Sporting Club have announced the appointment of Ben Owu as their new goalkeepers trainer.

The club confirmed his appointment on Wednesday few hours after announcing the departure of goalkeepers coach Eric Amponsah.

Ben Owu joined the Mauve and Yellow side following his resignation  as the goalkeepers trainer for premier league giants Accra Hearts of Oak.

We are delighted to announce the appointment of former U-17 World winner Ben Owu as goalkeepers’ trainer.

Owu returns to Tarkwa after spells at @AshantiGoldSC_ and @HeartsOfOakGH

He has worked with AshantiGold Sporting Club as well in the Ghanaian top flight league.