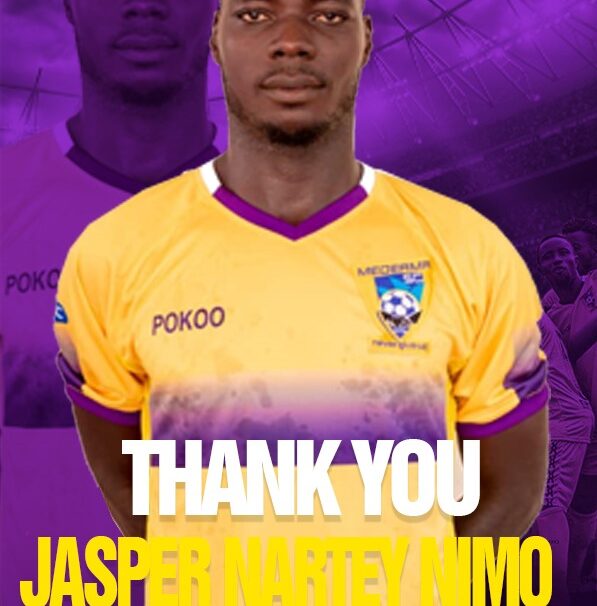 Premier League side Medeama SC have announced they have parted ways with midfielder Jasper Nimo Nartey ahead of the second transfer window.

The midfielder mutually agreed to terminate his contract with the club due to lack of playing time.

A statement on the club’s website confirmed the player has ended his three year spell at the Tarkwa based club after joining them from Cheetah FC.

Jasper has left the club after spending three years in Tarkwa.

He joined us on a free transfer from lower division side Cheetah FC.

The midfielder struggled for regular game time during his time at the club leading to the decision to mutually part ways.

After speaking to the player and taking into consideration the direction of the club, we mutually decided that it would be in everyone’s interest for us to part ways.

Jasper has indicated to us he is ready to take on the next stage of his career and we want to thank him for his service to Medeama Sporting Club.

He is an excellent professional, who contributed his quota to the club since he joined in  2017.

We are grateful to him for his services and wish him well in his future endeavour.