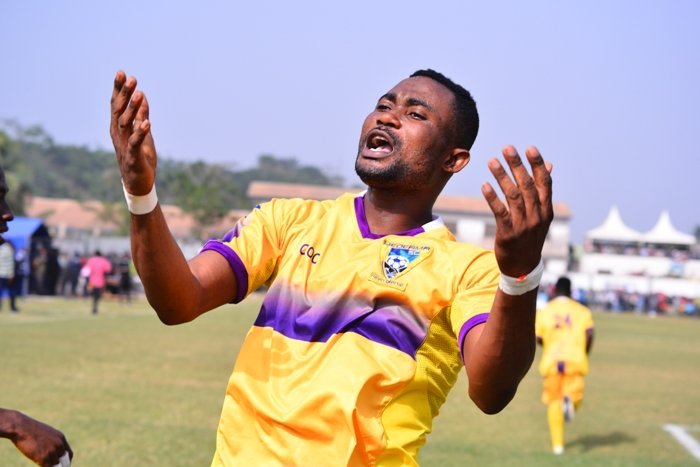 Agyemang who joined the  South African club on an initial one one-year loan last year in October has been recalled by the Mauve and Yellow side following an agreement to cut short his stay.

Both club’s have agreed to terminate the deal to make way for the return of the striker to the Ghana Premier League side.

His return will be a massive boost for Samuel Boadu who has struggled to replace him since his departure.

He’s expected to form a strong partnership alongside Amed Toure and Abass Mohammed.

The Black Stars B striker was instrumental for Medeama in the Ghana Premier League last season where he netted 11 goals in 14 appearances.

Prince Opoku Agyemang was part of the Ghana team that finished runners-up at the 2019 WAFU Cup of Nations in Senegal.