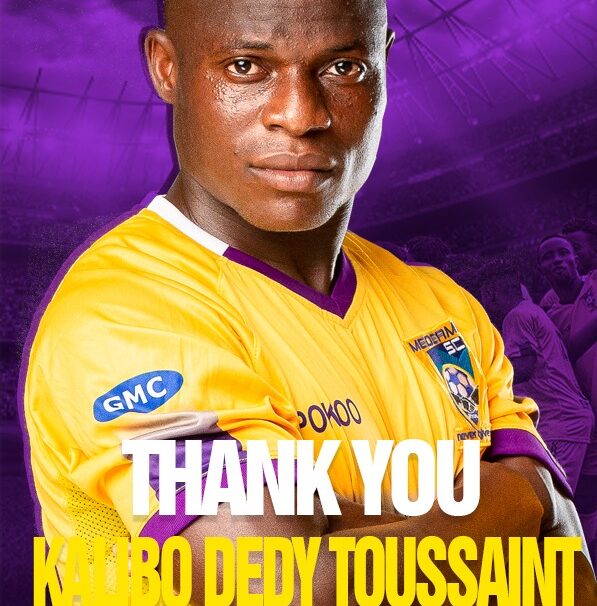 Medeama SC have announced the transfer of their striker Kalibo Toussaint Dedy to Burkina Faso side ASFA Yennega.

The striker has left the Tarkwa based club after two and half spell to sign permanently for the Burkinabe side after reaching agreement with the club.

In a statement on the club’s website, Medeama SC confirmed agreement with the Burkina Faso club and also thank the player for the time he spent with them.

“We would like to announce that striker Kalibo Dedy Toussaint joined Burkinabe side ASFA Yennega permanently.

The Ivorian has left the Mauve and Yellows after spending two seasons into his three-year contract.

READ ALSO:  Late Chief Director of Ministry of Sports to be laid to rest on Saturday

Medeama have reached an agreement with the Burkinabe top-flight side for the permanent transfer of the player.

He has since Tarkwa to join his new club in the neighbouring.

Toussaint played his part for the club in the past two seasons, scoring some incredible goals in the process at the T and A park.

However, his final year at the club was hindered by lack of playing opportunities – leaving to the decision to seek a new adventure elsewhere.

Medeama thanks Kalibo enormously for his contribution to the club and wishes him well for the next stage of his career.