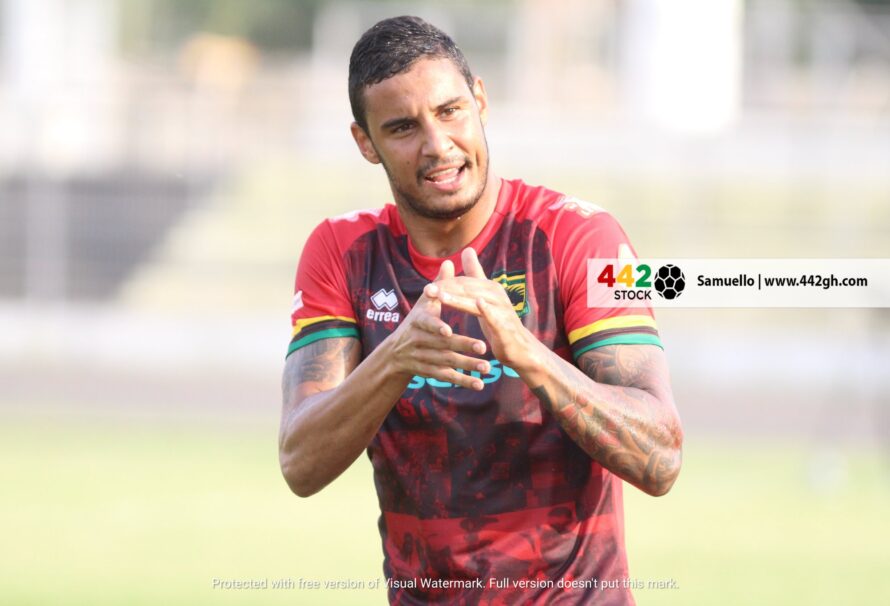 Brazilian striker Michael Vinicius needed wasted little time in announcing himself to the Ghanaian Football scene, after netting his debut goal for Asante Kotoko three minutes after coming on.

The rangy forward was handed his first minutes as a Porcupine Warrior as his side hosted Bechem United at the Len Clay Stadium at Obuasi. The fixture was an outstanding game between the two sides.

Michael Vinicius joined the Porcupines during the second transfer window and there was much hype about his goal scoring credentials.

He was brought on as a substitute in the 79th minute of the second half for another debutant Francis Andy Kumi with Kotoko leading 3nil.

3 minutes after entering the game, Vinicius registered his name on the score sheet, after connecting a rebound after an earlier shot had hit the post.

The striker was in a moment of pure ecstasy afterwards as his teammates joined him to celebrate the goal.