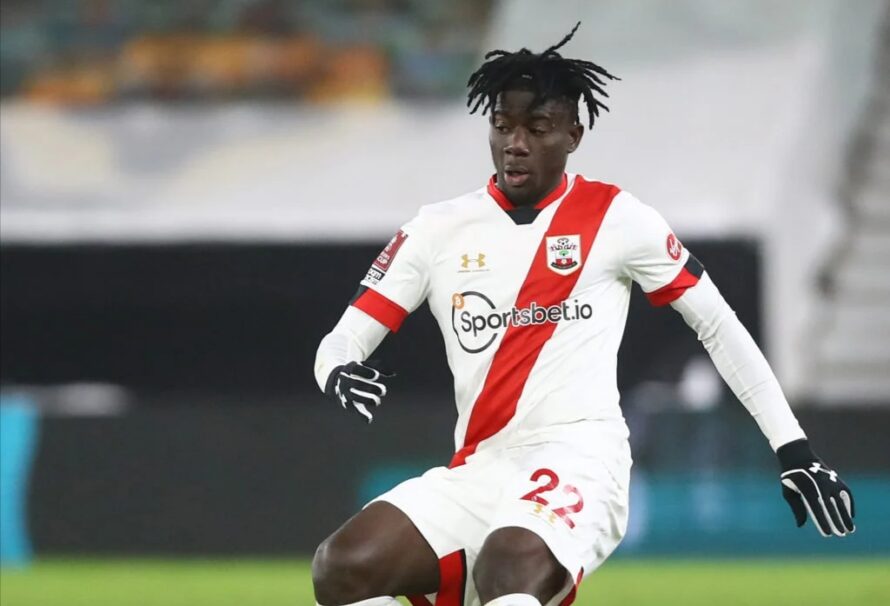 Ghana defender Mohammed Salisu put up an assured performance at the back on his first Premier League start for Southampton in their 1-1 home draw against Chelsea.

Salisu made a start for an injury ravaged Southampton side at the St. Mary’s when they welcomed high flying Chelsea.

Going into the game, The Saints were on a poor run of form losing their last 6 Premier League matches.

However with Salisu’s inclusion they put up a spirited performance to nick a point against a Chelsea side who had won their last 4 league games before the match.

On-loan Liverpool midfielder Takumi Minamino opened the scoring in the 33rd minute of the first half before Chelsea equalized through a Mason Mount second half penalty.

READ ALSO:  U-20 AFCON: Karim Zito thanks all Ghanaian coaches for massive show of support

In the end Mohammed Salisu who lasted the entire duration of the game was on hand to avert most of the dangerous chances his side conceded and his Coach Ralph Hassenhuttl should be pleased with his performance.

The young Ghanaian is gradually warming himself into the Saints setup after a slow start to his time there.

Salisu was a big money buy from Real Valladolid last summer but needed time to get to full fitness and get playing for his new employers.

He has in the last 2 months established himself into the plans of the manager and should get more minutes from here.