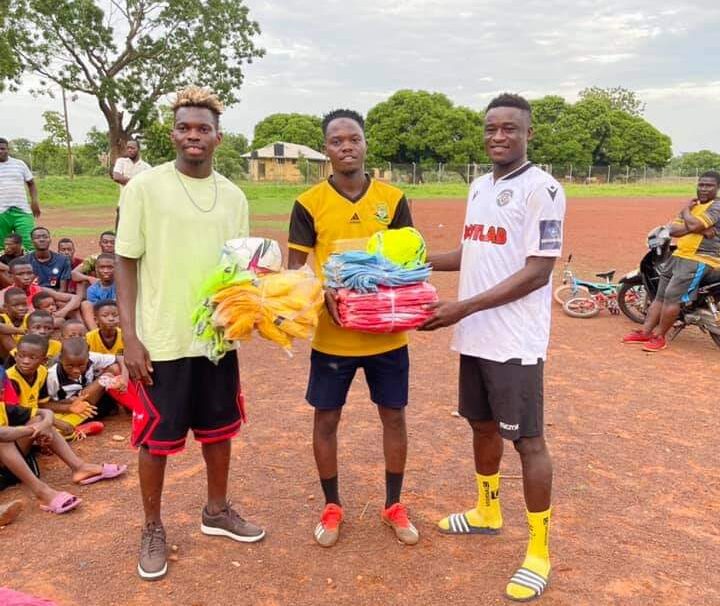 The top defender donated two sets of jerseys, two set of bibs and balls as a way of paying back to the club.

“This is where it all started, so I want them to know I’m still with them. I can’t forget about my root.

“So I decided to donate this in my small way to help the club. Hopefully a lot will come in  future” The left back told FootballMadeInGhana.com

Khamaheni started his career at the Tamale based club before moving to Dreams FC.

After spell at Dreams FC, the left back joined Isreali top-flight side Ashdod FC.