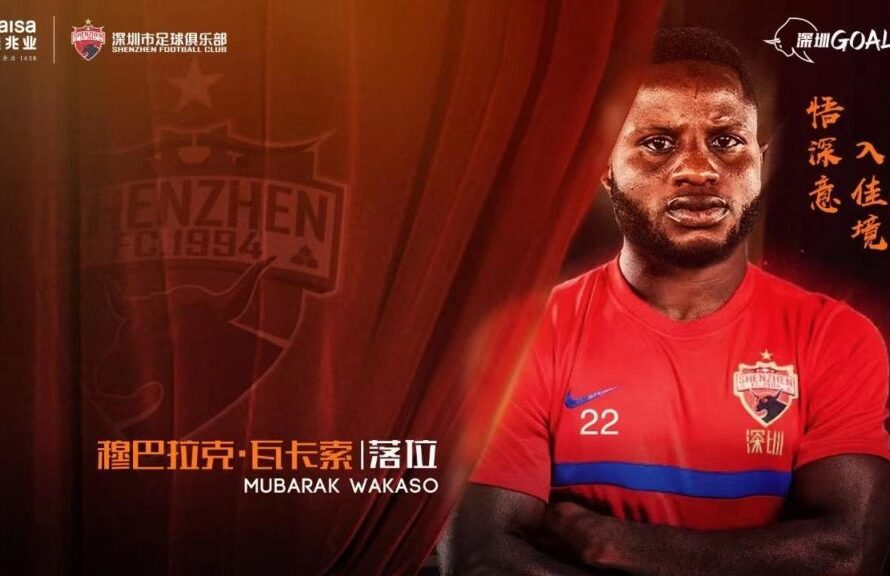 Wakasu signed a four-year deal with the club after a successful negotiations.

He moved to the club after parting ways with dissolved Jiangsu Suning.

The Ghana international in the winter transfer window of 2020 joined Jiangsu Suning in a surprise move from Spanish La Liga side Deportivo Alaves.

Wakasu 30, won the Chinese Super League with the Jiangsu-based in his first season playing a huge role in his triumph.

He is expected to team up with compatriot Frank Acheampong, who has also joined the side on a similar duration.

The club hopes the Black Stars asset will use his vast experience to help them achieve their goal at the end of the league campaign.