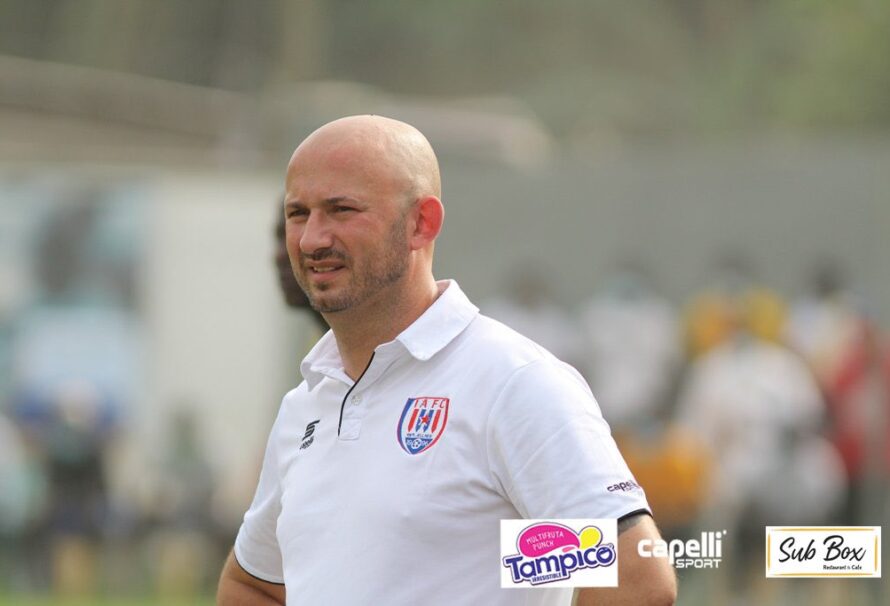 Danijel Mujkanovic knows he must take some responsibility for Inter Allies’ dreadful run, but he remains confident he can turn the team’s fortunes around.

The Capelli boys have won just one of their last six games in the Ghana Premier League and were beaten 2-1 at Medeama on Sunday.

The 37-year-old tactician has found himself in a relegation dogfight but is determined to lift Allies from their current slump.

“We just have to keep on going in the same way, things will turn around… I know that 100% for sure” he told the club’s official website.

“The Eleven is to One” lads will host in-form Legon Cities at the Accra Sports Stadium in a matchday 11 encounter on Sunday.