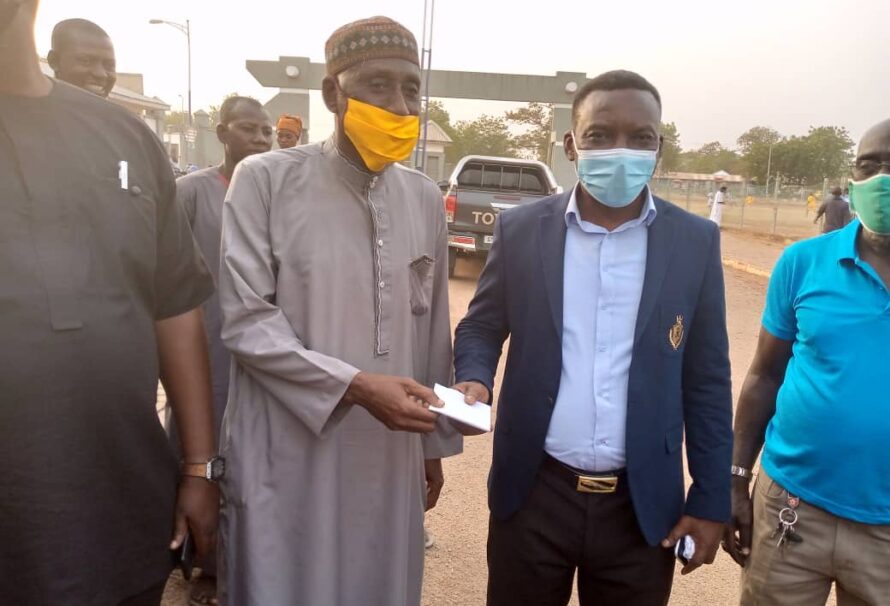 This follows an assault on players and management members of Real Tamale United in Nsuatre on Sunday after their Match day 6 Division One Zone One game against Nsuatreman FC played at the Twumasi Sports Complex at Nsuatre in the Bono Region.

The Executive Council took an immediate decision to ban the venue indefinitely.

“Today, I am here with my Vice Chairman and other Executives to empathize with you (players, management) and the supporters of the club. Alhaji Hassan said

“We extend warm greetings from the GFA President Kurt E.S Okraku and the Executive Council to you.

“We would like to assure management, supporters and the playing body that the GFA is committed to investigating the attack and will exact the appropriate punishment to the perpetrators”. Chairman Rhyzzo added

Alhaji Mahamadu Hassan and his Executives also made a cash donation to the team to take care of the injured persons and impressed upon the supporters not to engage in any retaliatory behavior.

The Disciplinary Committee of the GFA is expected to sit on the case on Thursday, February 11, 2020.