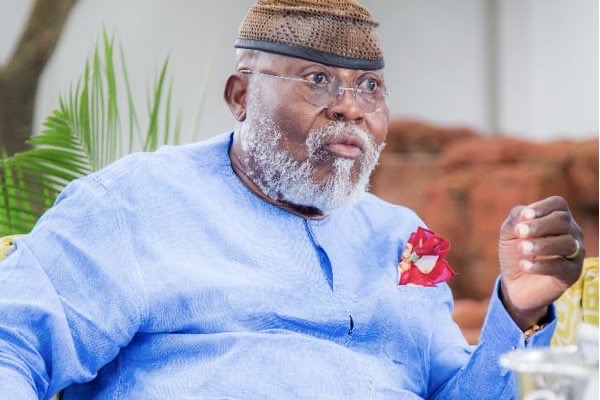 Executive Board Member of Accra Hearts of Oak, Dr Nyaho-Tamakloe has challenged Kosta Papic to go public with the sequence of events that led to his resignation as head coach.

The Serbian trainer left his post on Monday citing some irregularities impeeding his performance at the club.

The coach in his resignation letter stated: ‘My reasons are partly personal, also for the fact that I am not getting the desired and needed results and I have no hope that it’s going to change’.

In an interview with Accra-based Angel FM, Kosta Papic also accused the club’s top brass of interfering with his job and occasionally influenced player selection which culminated in his team’s abysmal performance on the pitch.

An allegation that has been vehemently rebuffed by Dr Nyaho-Tamakloe, who has dared the coach to explain why the team took a downward path after their embarrassing defeat to rivals Great Olympics.

“The players informed the board that they had earlier informed the coach that the problem in the team was him and that they were not happy with his selection and inconsistency in the team. As to his concern, he did not say anything,” Dr Nyaho-Tamakloe told the press on Wednesday.

“We are therefore by this statement challenging coach Papic that he comes out with reasons both as stated in his resignation letter and orally to the board as to why he resigned and why the club has slummed since the game with Olympics. This we feel will curtail the speculations in the media.”

“The board has accepted his resignation since he stated that the players would not listen to his instructions and that we need a new coach to bring what he describes as shock therapy. Considering that the players seem to have lost confidence in him,” he added.

Dr Nyaho-Tamakloe also assured fans that the “The board is therefore taking steps to find a replacement head coach and a goalkeeper’s trainer since he has also resigned.”