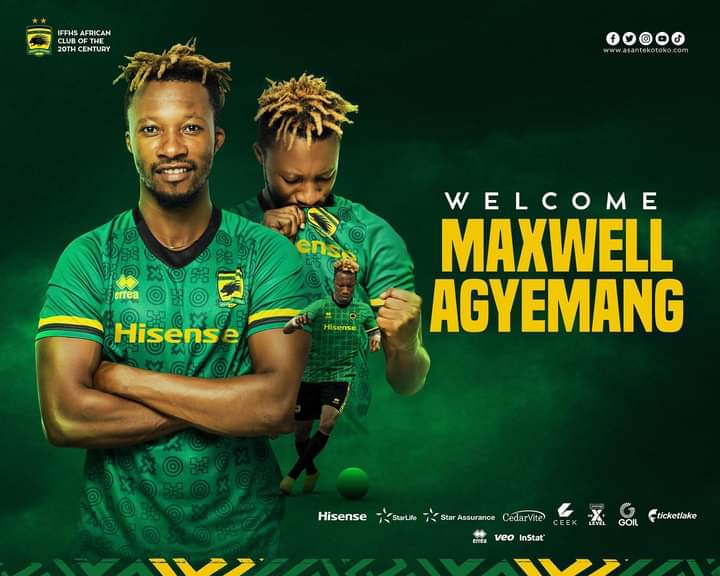 The  center back has signed  a three-year deal with the Porcupines warriors after a successful negotiations.

Agyemang joins Kotoko from division one league outfit Might Royals after a spectacular performance in the 2020/21 league season.

He is expected to strengthen the Asante Kotoko defence with the future of Ganiyu Ismail and Wahab Adams remaining unclear.

He becomes the second player to join the club in this transfer window following the signing of former Inter Allies midfielder Richmond Lamptey.

The Kumasi-based club lost the last season’s league title to bitterest rivals Hearts of Oak and are hoping to make a case for themselves next season.