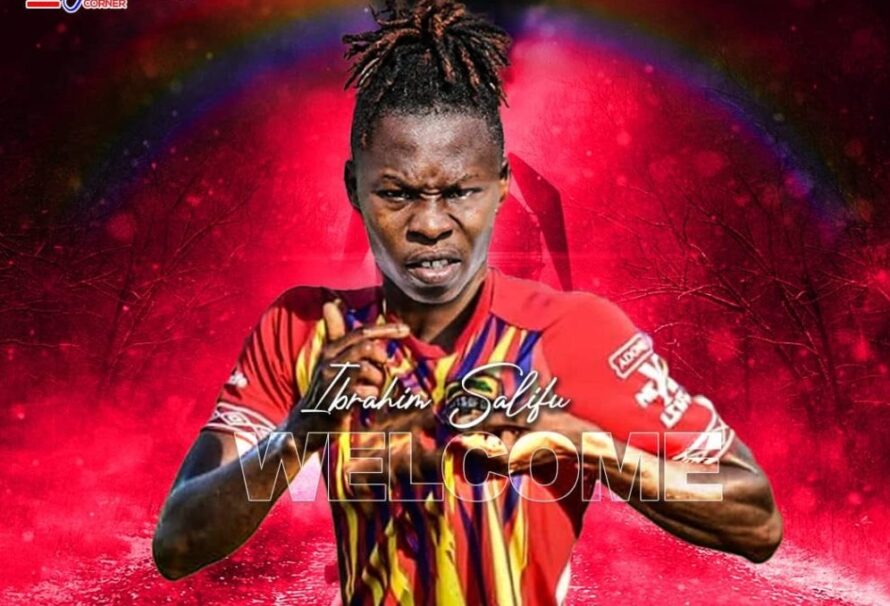 The talented midfielder joined the Phobians on a three-year deal, the club announced on Saturday.

The highly rated 20-year-old was also linked with a move to Medeama SC in recent weeks but Hearts of Oak have won the race for his signature.

Salifu Ibrahim is one of the standout performers in the ongoing 2020/21 Ghana Premier League season.

His consistent performances for Eleven Wonders earned him a place in the Black Stars squad for the upcoming AFCON qualifiers against South Africa and Sao Tome.

Here is the club statement below: