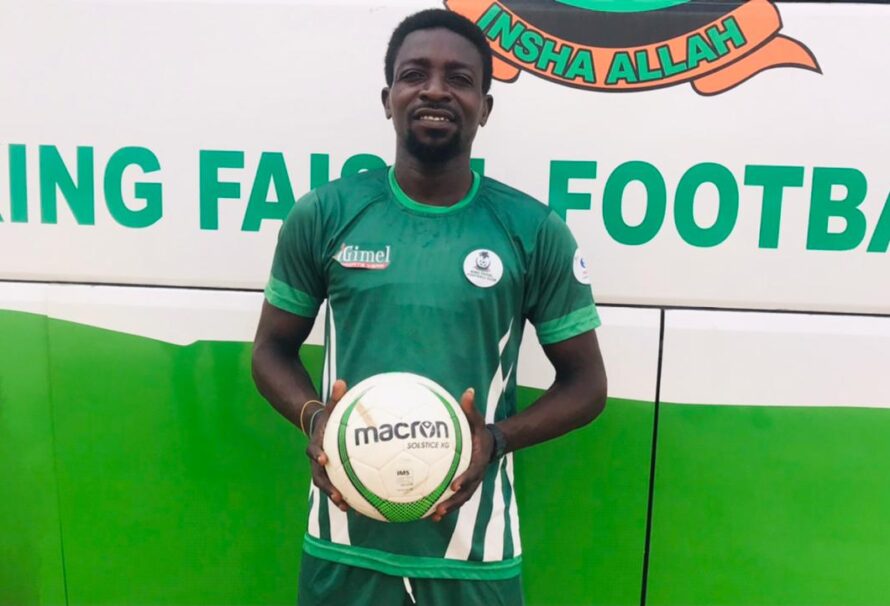 The 28-year-old joined the Insha Allah boys on a free transfer after his ending his stay with the Dormaa-based two months ago.

He’s expected to provide solution to the club’s defensive frailities after conceding 26 goals in 16 games.

We have completed the signing of experience central defender Paul Aidoo! ✍️

Paul, an uncompromising defender, will be with us until the end of the season.

READ ALSO:  It's sad my people accuse me of age-cheating – Ibrahim Danlad

The former Berekum Chelsea defender is expected to make his debut for the club on Saturday when they face Liberty Professionals at the Ohene Ameyaw Park.