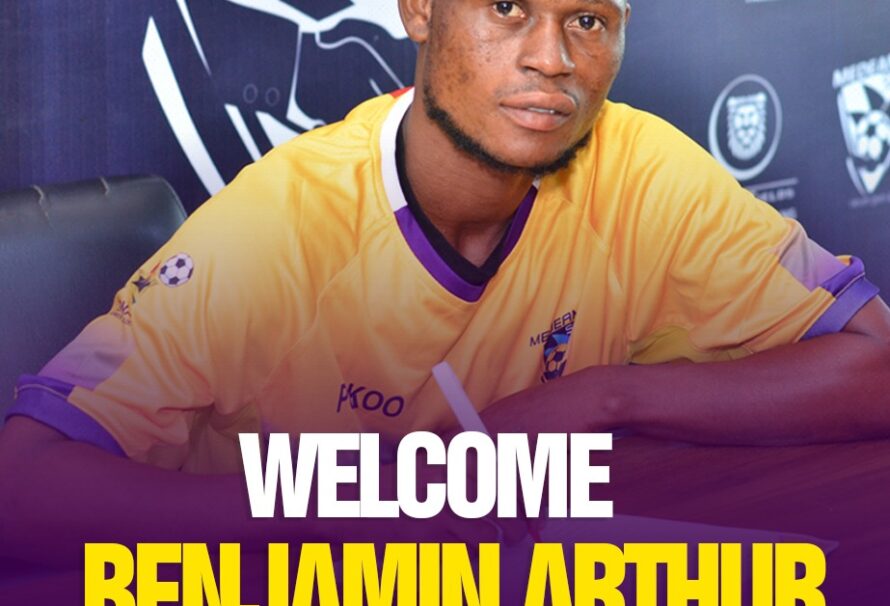 Ghana Premier League side Medeama SC have announced the signing of midfielder Benjamin Arthur in the ongoing transfer window.

The midfielder signed a two-year deal with the club following a successful negotiations.

He joined the club on a free transfer after ending his spell with Elmina Sharks.

“Medeama is delighted to confirm the signing of midfielder Benjamin Arthur on a permanent contract.

Arthur, 27, has signed a two-year deal with the Mauve and Yellows after ending his stay at Elmina Sharks.

He becomes the latest addition to the squad following the capture of winger Zakaria Mumuni.

Arthur has been a key cog of Yaw Acheampong’s side at Elmina Sharks and is expected to bring stiff competition to the team’s midfield.

“Ben is a brilliant player and we’re happy to have him join the group,” coach Samuel Boadu told medeamasc.com

“He is a top quality player who will be an exciting addition to our talented crop of players.

“Hopefully he can hit the ground running and contribute significantly to the Medeama project.