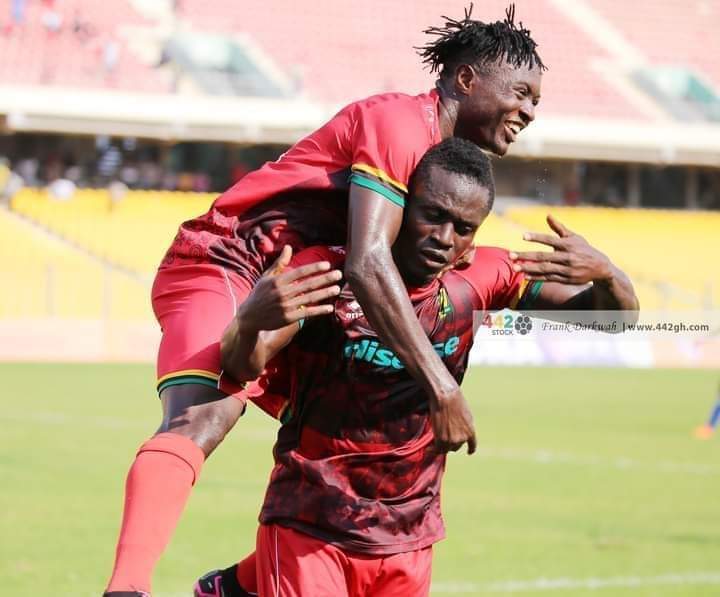 Asante Kotoko have announced the nominees for the club’s Goal of the Month (January) nominees.

Striker Kwame Opoku has two nominations for his strikes against Liberty Professionals and WAFA while full-back Christopher Nettey also get a nomination for his goal against Ebusua Dwarfs.

Fans will decide the winner by voting in the club’s social media handles with the winner to be announced subsequently.

Winner of the award gets GHs 5000 worth of HiSense products.

The winning player takes home Ghc 5,000 worth of Hisense Products 😍😋