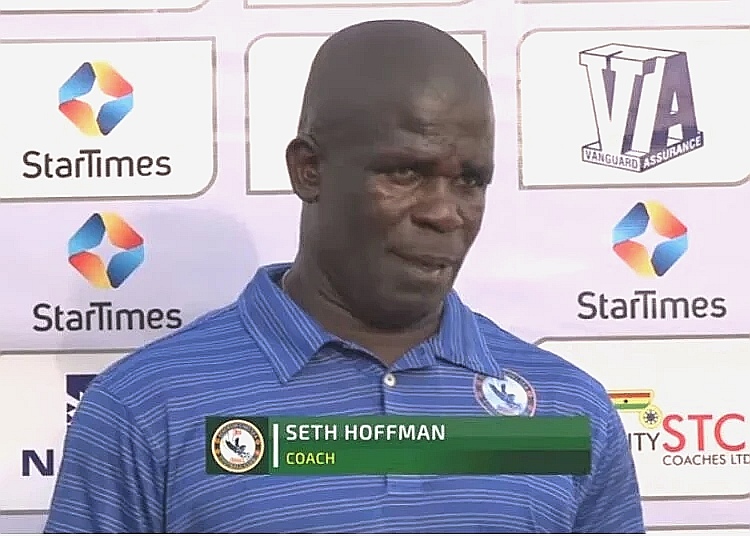 Chelsea traveled to the Nduom Sports Stadium for this Ghana Premier League Match Week 13 fixture, needing to add to their point tally to escape their lowly placing on the league standings.

The Bibires have had a poor start to the campaign which has seen them languish close to the relegation zone.

They however secured an impressive comeback draw against Sharks after the home side had taken the lead through James Bissue.

Stephen Sarfo struck 4 minutes after the first goal to restore parity with the game eventually ending 1-1.

Reacting to the result after the game, Coach Hoffman believes the system he mapped up for the game worked to his satisfaction and believes it helped in securing the away point.

“I have played Elmina Sharks a lot at my various clubs and I know them a lot,” Hoffman said during the post match press conference.

“The game was very tough, but it’s about the system. The boys played to the satisfaction of the system. We mapped up a strategy and the strategy worked,” he added.

Chelsea with the result increase their points to 14 and lie 14th on the table.